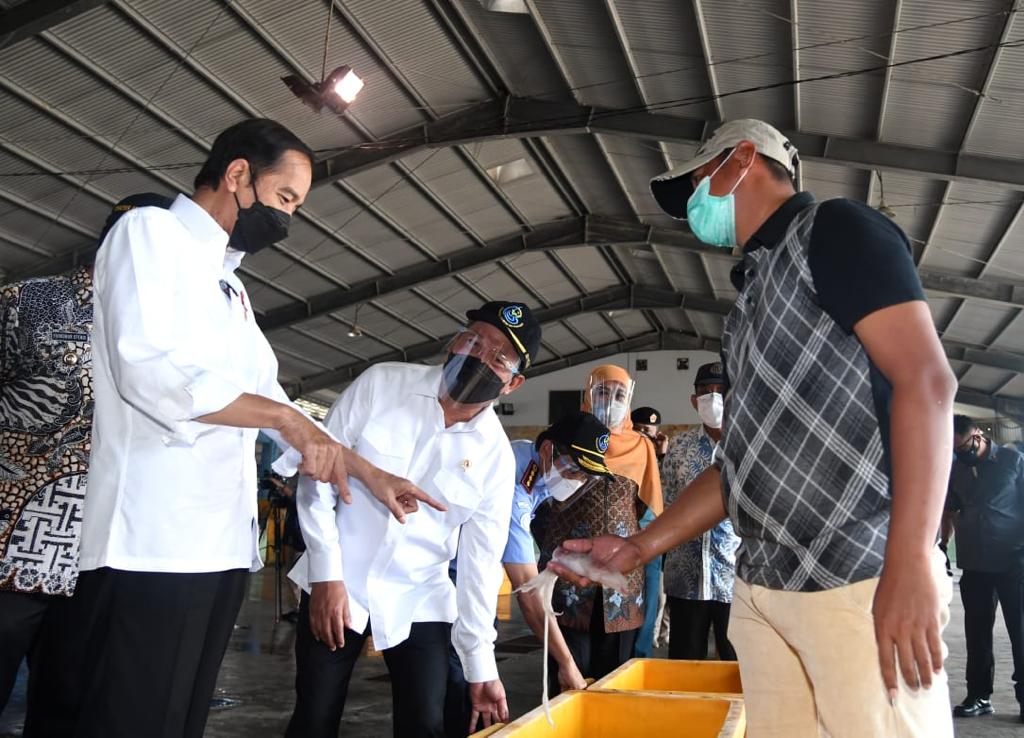 In the series of working visit to East Java Province, President Joko “Jokowi” Widodo on Thursday (6/5) visited Brondong Fish Trade and Distribution Center, in Lamongan Regency to inspect facilities and to meet with local fishermen.

Located at Brondong National Fisheries Port, the Brondong Fish Trade and Distribution Center serves as a facility for fish loading process and for supporting fish trade activities of the local fishermen and fishery industries.

“Today, the Minister, Governor, Regent of Lamongan, and I visit the Brondong fish auction market, Lamongan Regency, to see firsthand the condition of fishermen during the pandemic,” President Jokowi said in his press statement after the inspection.

He went on to say that the fishermen told him that they can go to the sea as usual despite the pandemic and the volume of fish catch is the same as before.

On the same occasion, the local fishermen also asked the Government to make some improvements to the facilities and to resolve the issue of siltation in two locations within that port area.

“I have told them that we will conduct dredging operations in the next two or three months. I also agreed to set bow light at higher place or to fix it,” the President said.

He expressed hope that the improvements can boost productivity and improve prosperity of local fishermen since ship docking and fish loading process will be more convenient.