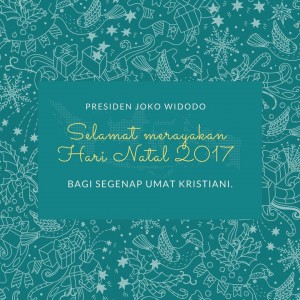 President Joko Jokowi Widodo wishes Merry Christmas for all Christians in all over Indonesia. The President tweets this wish in his twitter and posts it in his facebook fanpage.

For all Christians in Indoensia, I would like to wish Merry Christmas. Religious diversity in Indonesia is a blessing for all of us, tweeted the President, Monday (25/12). In his facebook fanpage, President Jokowi also wishes Merry Christmas and hopes all people in this world can live peacefully.<>

The Hope of Minister of Religious Affairs