President Jokowi Named The Straits Times’ 2019 Asian of the Year 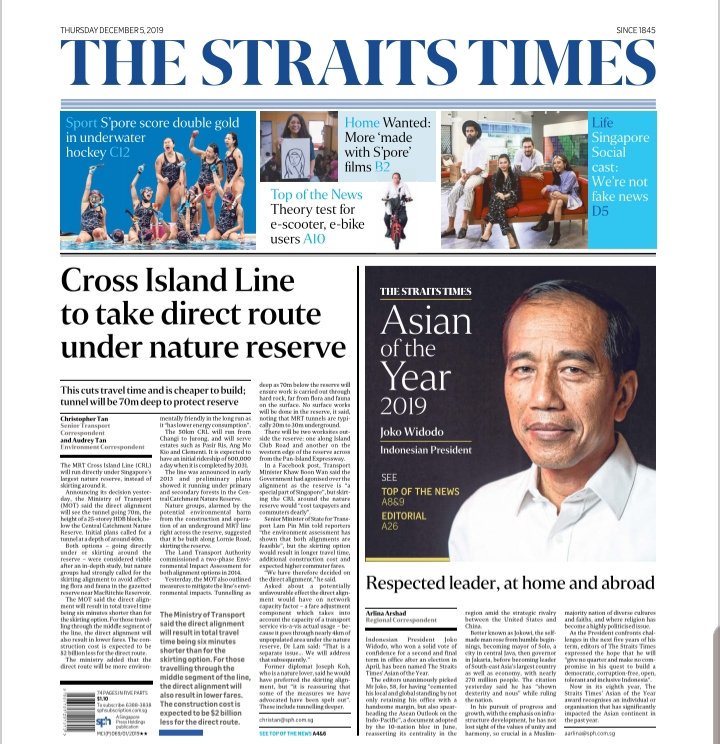 Singaporean most-read newspaper The Straits Times has named President Joko “Jokowi” Widodo as its 2019 Asian of The Year.

As quoted from the media, the editors unanimously voted for President Jokowi of having “cemented his local and global standing by not only retaining his office with a handsome margin, but also spearheading the Asean Outlook on the Indo-Pacific”. The ASEAN adopted the outlook in June, affirming the nation’s strategic role in the region.

The daily stated that the President is a simple man who became Mayor of Solo (Central Java), then Governor of Special Capital Region of Jakarta, before becoming the leader of Southeast Asia’s largest country and economy, with nearly 270 million people.

In his first term, according to The Straits Times, President Jokowi, in the pursuit of progress and growth, had put his emphasis on infrastructure development.

“He has not lost sight of the values of unity and harmony, so crucial in a Muslim-majority nation of diverse cultures and faiths, and where religion has become a highly politicized issue,” it reads.

The editors expressed the hope that the President will “give no quarter and make no compromise in his quest to build a democratic, corruption-free, open, tolerant and inclusive Indonesia” in the next five years of his term.

This is The Straits Times’ eighth year to give Asian of The Year Award to an individual or organization that has made a significant impact in Asia in the past year. (ES)