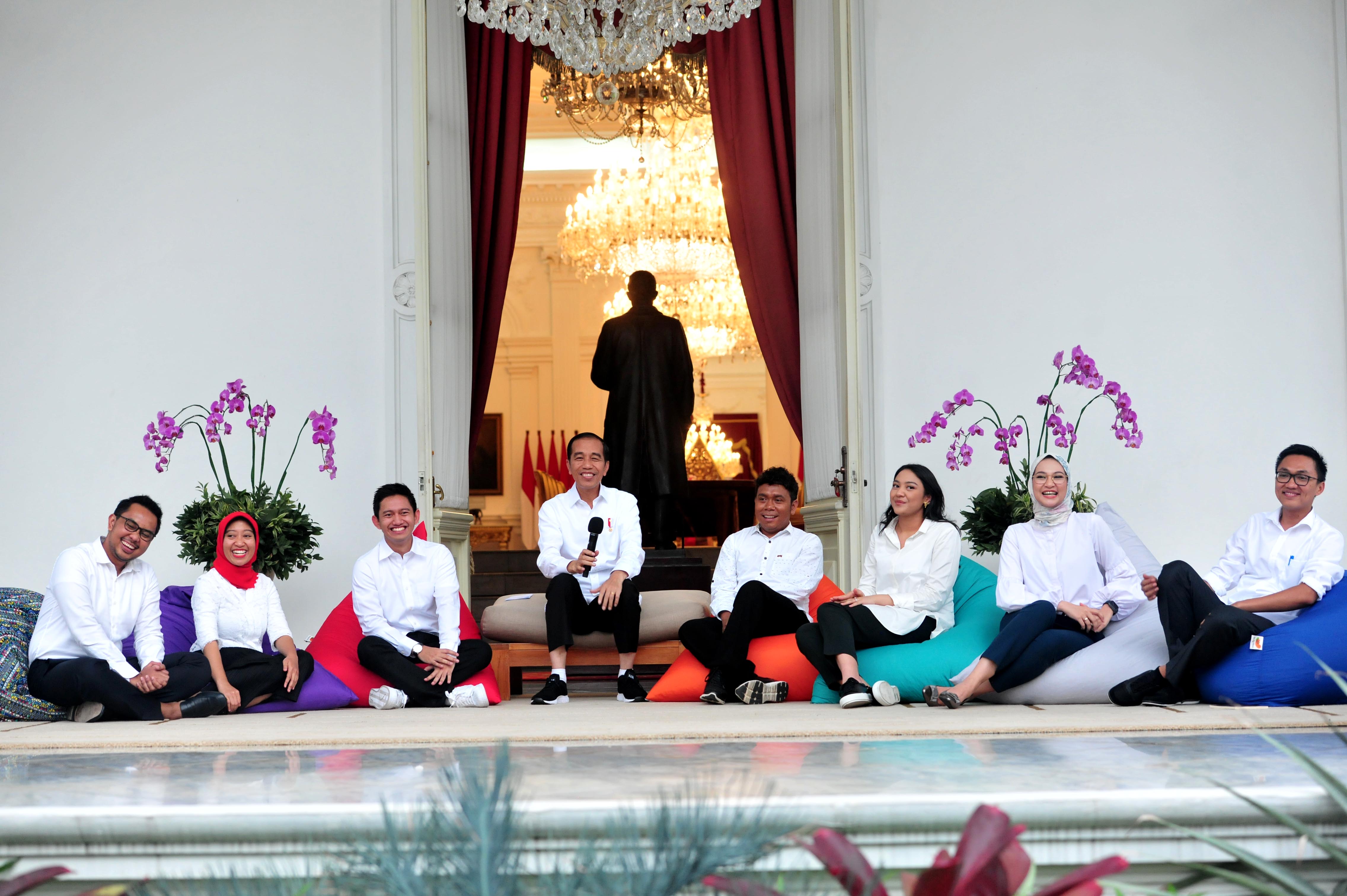 President Jokowi and seven Special Staff to the President, at the Merdeka Palace, Jakarta, Thursday (21/11). (Photo by: Jay/PR).

The newly-appointed staffs are young people aged between 23 to 36 years or known as millennial generation.

President Jokowi expressed hope that they can give innovative ideas in various fields to develop the country. The new Special Staff to the President are as follow:

According to the President, the seven young people will be his discussion partners on every occasion to provide fresh and innovative ideas to find new ways to bring progress for the country. (FID/JAY/ES)