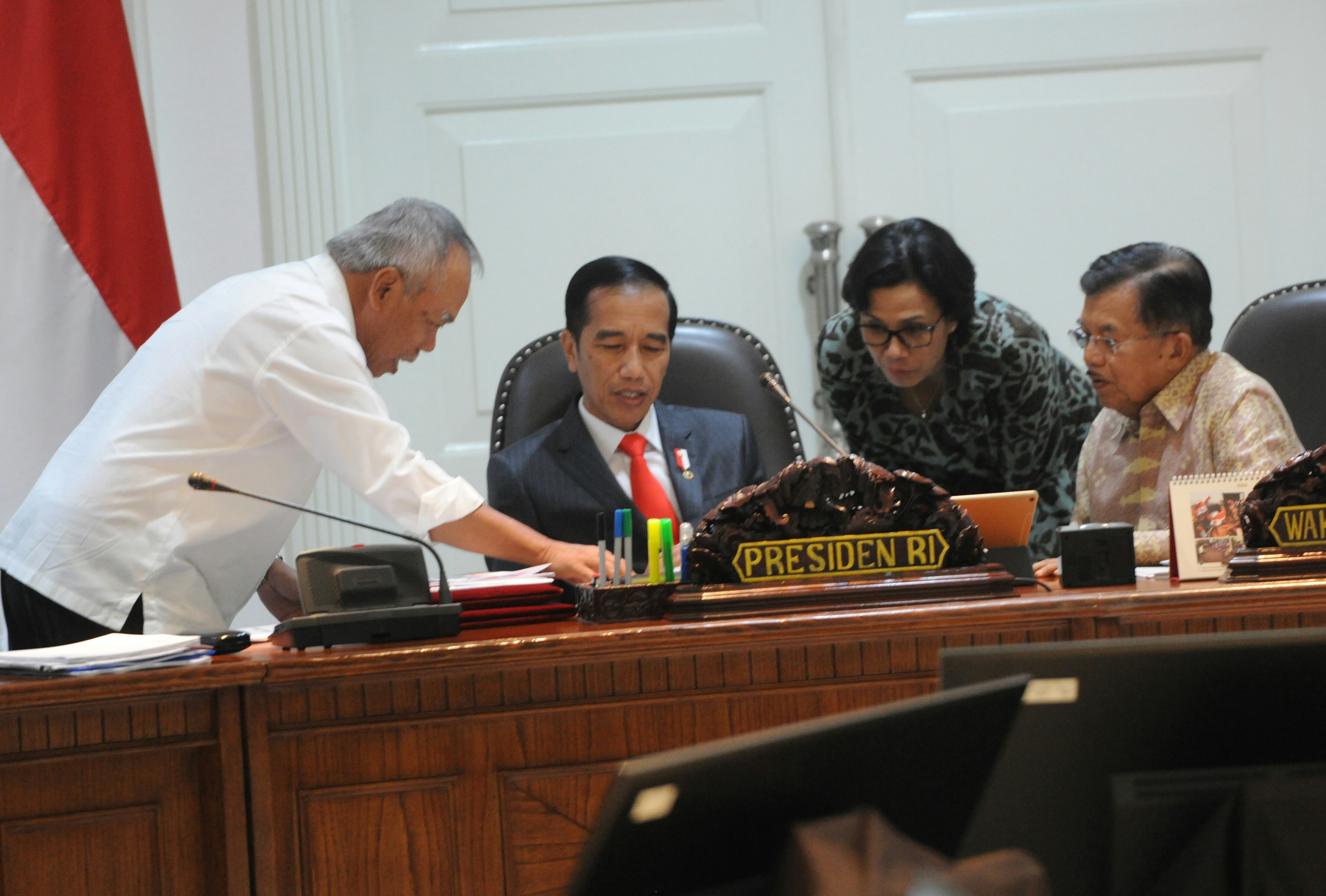 President Joko Jokowi Widodo asserted that the Government wants all national priority infrastructure projects to be finished in 2018. “Infrastructure development cannot be delayed any longer, because once we delay it, the financing for it will be even greater. We also hope that this supports the acceleration of our economic growth,” the President said when delivering his introductory remarks at a Limited Meeting on Infrastructure Financing, at the Presidential Office, Jakarta, Tuesday (11/4) afternoon.

To that end, the President admitted he would like to know what is currently running, be it the project sourced from the State Budget, non-government budget, or private, State-owned Enterprises (SOEs), and the Public Private Partnership (PPP) the Government and Business Entity Cooperation Scheme (KPBU) with guarantee of non-government budget. “It is crucial that we finish it, we discuss it this afternoon,” the President said.

When it comes to budgets for infrastructure projects, according to the President, if the private sectors do not want to finance investments, then the option of the PPP or KPBU scheme is offered, or cooperation with SOEs and Region-owned Enterprises (ROEs).

If no one wants to take the opportunities, the President continued, then the SOEs or ROEs is assigned to handle the project, and the final option is the financing from the State Budget or Regional Budget. “I think the processes in the SOEs, the securitization to obtain the fresh budget, the money that is fresh from the market can be implemented so that it can accelerate the development of infrastructure, not only in Java Island but also outside Java Island,” the President stated.

The President observed that there are some constraints and problems in the field, mainly related to land acquisition. However, the President explained that when it comes to financing, we will make it more detailed, mainly for Light Rail Train (LRT) in greater Jakarta (Jabodetabek) and also related to the Jakarta – Bandung High Speed Train.

Likewise, regarding the Jakarta – Surabaya High Speed Train and highways, according to the President, if there are constraints in financing, then it can be discussed in the Limited Meeting.