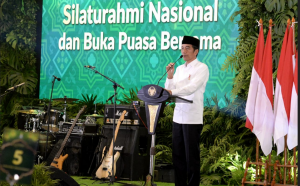 President Joko “Jokowi” Widodo has said that Cabinet Ministers in the next period of his administration should be able to execute various programs and have good management skills.

The President went on to say that he will also take into account the capability to manage Indonesia’s economy so that the Government could improve both macroeconomic and regional economic conditions.

“The upcoming Ministers are expected to be able to manage any problems and to make in-depth analysis on the existing issues with appropriate program and execution,” the President said, adding that the list of the cabinet members for 2019-2024 period is being finalized.

President Jokowi further said that it does not matter whether the next ministers come from political parties or not, as long as they are qualified for the positions. (BPMI of Presidential Secretariat/ES)