President Jokowi: New Capital Should be “The Most Livable City on Earth” 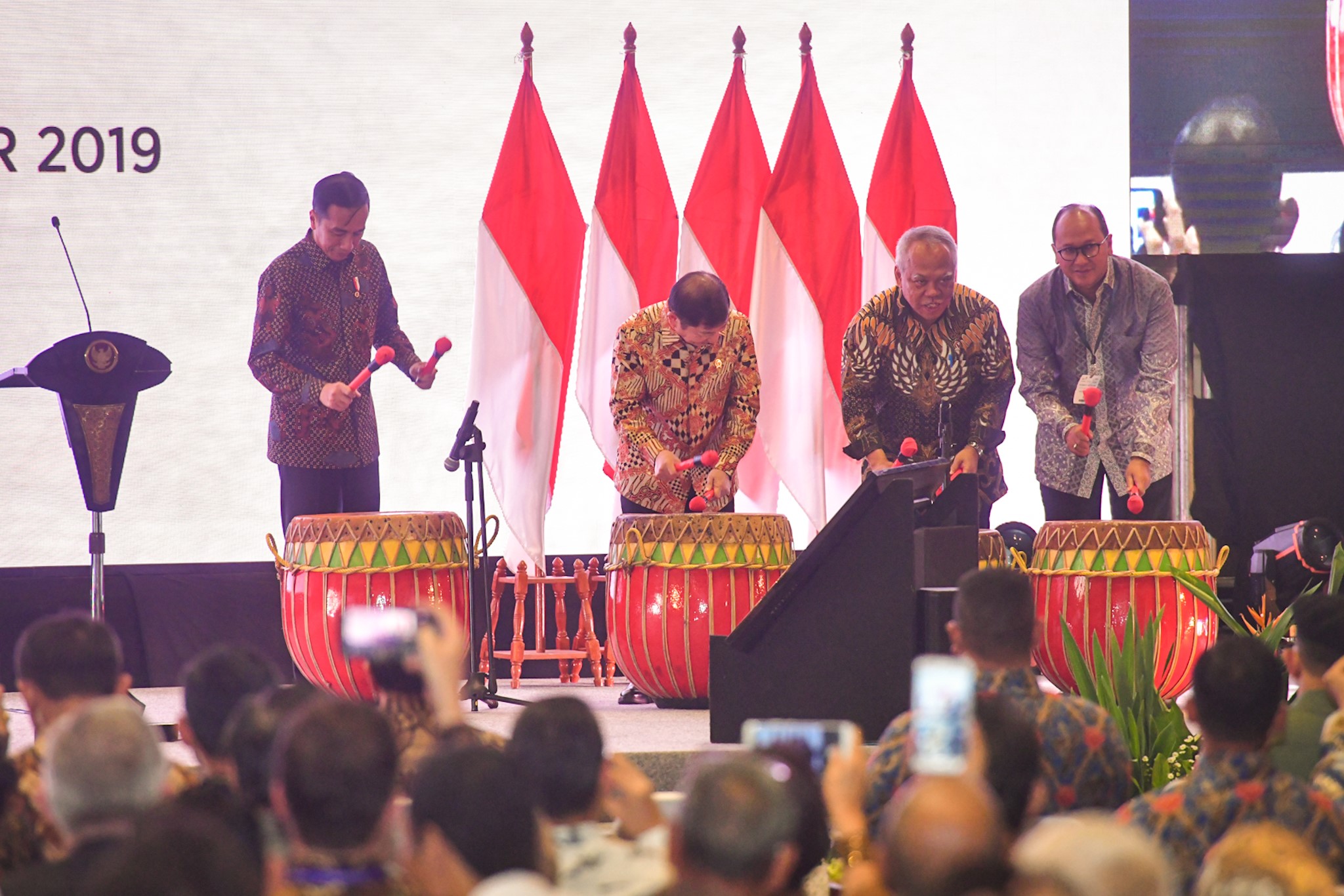 The new Indonesian capital should be “the most livable city on earth”, President Joko “Jokowi” Widodo has said.

“I can imagine there will be technology and innovation clusters like what Silicon Valley (in the US) has, world-class education clusters for  best universities, world-class health services clusters and tourism clusters. This is what we have in mind,” President Jokowi said during the opening of the 2019 Indonesian Construction Exhibition in Jakarta, Wednesday (6/11).

The Government, he added, seeks to develop a new capital that offers the highest quality of life for its residents: an emission-free and pedestrian-friendly city.

“(The residents) may walk, bike or use use emission-free public transportation there,” the President said, adding that the residents of the new capital are also expected to be pluralistic, open, and tolerant.

President Jokowi went on to say that the new capital will not only become the center of the Government, but also a business-friendly and environmentally friendly city where world-class employee work.

The new capital is also expected to become a city that attracts Indonesian diaspora, he added.

The President added that the capital should provide world-class jobs as well as world-class atmosphere, services, education and health care.

Therefore, the President Jokowi urged stakeholders in the construction sector to make an ideal city concept for the new capital, a city that is children and elderly friendly and equipped with quality public services with sustainable economy and sustainable resources.

“This is what must figure out. We must make a good city concept from the beginning,” President Jokowi said, adding that the new capital should become the happiest city, the best city, the most livable city, the greenest city and the most innovative city on earth.

The President further said that the capital relocation is not only about new place, but also about a new system, a new culture, a new working culture and, the most important thing, a new mindset.

President Jokowi in August announced that two regencies in East Kalimantan province are to be the site of the country’s new capital.

“The Government has conducted in-depth studies in the past three years and as a result of those studies the new capital will be built in part of North Penajam Paser regency and part of Kutai.  (MAY/TEG/AGG/ES)