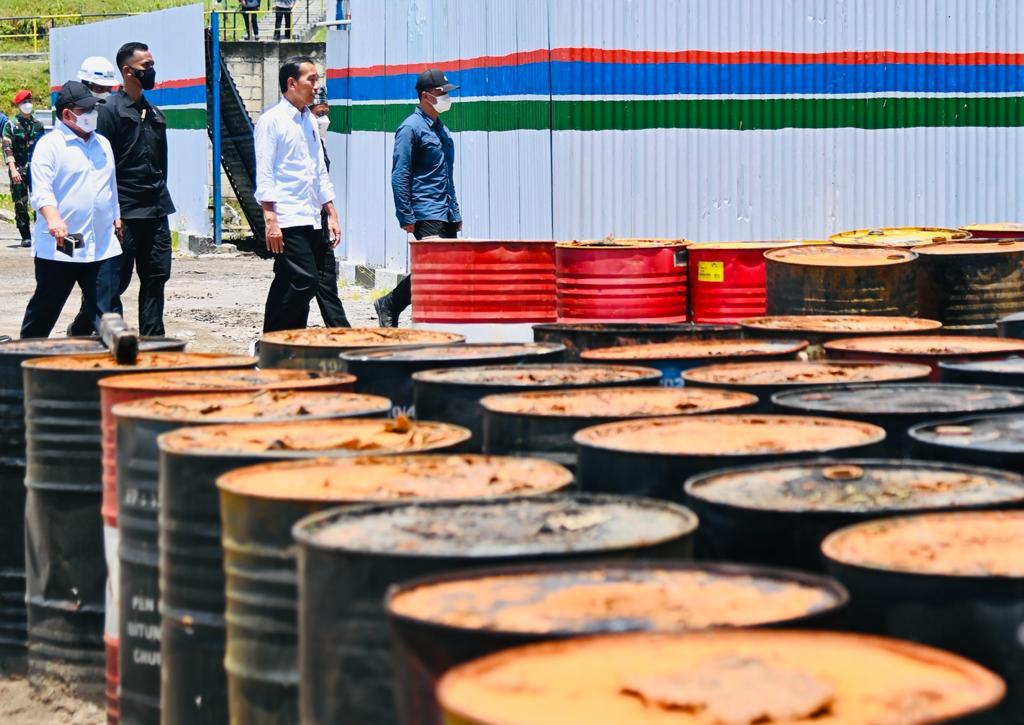 President Joko “Jokowi” Widodo emphasized that the Government will stop importing asphalt considering an enormous potential of asphalt production in Buton regency, Southeast Sulawesi province, which has currently not been fully operated yet.

“We just  decided that in two years’ time, no more asphalt import,” President Jokowi said in his statement after inspecting asphalt factory PT Wika Bitumen, in Buton regency, on Tuesday (09/27).

In line with the decision, President Jokowi instructed his administration to manage an asphalt production through cooperation schemes between Buton regency authority and state-owned enterprises (SOEs) or private sectors.

“All process has to be proceeded by Buton regency authority. The SOEs or private sector may join, and international partners may also join. However, we want Buton asphalt to gain value added,” he firmly stated.

President Jokowi added that asphalt import has reached 5 million tons per year, whereas the Buton regency has a very huge potential up to 662 million tons.

“There is a potential of 662 million tons here, it is gigantic. So, if we import 5 million tons per year, the Buton regency can produce asphalt probably up to 120 years,” the President said.

The President expressed hope that the enormous potential can be realized immediately, so the people can reap the benefits, and Buton regency can revive as asphalt producing industrial area.

“The value added, the tax, the royalty, the dividend, the workers’ income tax will be reaped here. So, we hope that Buton regency can be enlivened with its asphalt production, not just asphalt mining,” the President affirmed. (MAY/UN) (AW/HD/MUR)