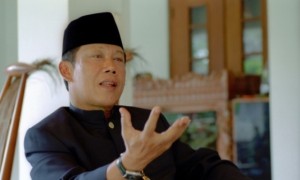 In addition to submitting the name of the Chief of Army Staff (KSAD) Gen. Gatot Nurmantyo as TNI Commander candidate, President Joko Widodo (Jokowi) also sent a letter to the leader of the House of Representatives to propose the name of former Jakarta governor Sutiyoso or Bang Yos as a candidate for State Intelligence Agency (BIN) to replace Marciano Norman.

“Last night already direct communication with the President, when in Solo, related with the turn of the TNI commander to Gatot Nurmantyo, and had received a letter including the issue of the head of BIN. He has appointed that Sutiyoso to replace Marciano,” Novanto said.

According to Chairman of the House of Representatives, President Jokowis letter regarding the nomination of General Gatot Nurmantyo as a TNI Commander, and Sutiyoso, as Head of BIN will be taken to the Consultative Council meeting before being brought to the plenary session of the House of Representatives, and then performed the fit and proper test.

“In the procedure should be performed fit and proper test first at the House of Representatives at Commission I. All the running, and hopefully all is well because the prerogative of President,” Novanto said.  (*/ES)