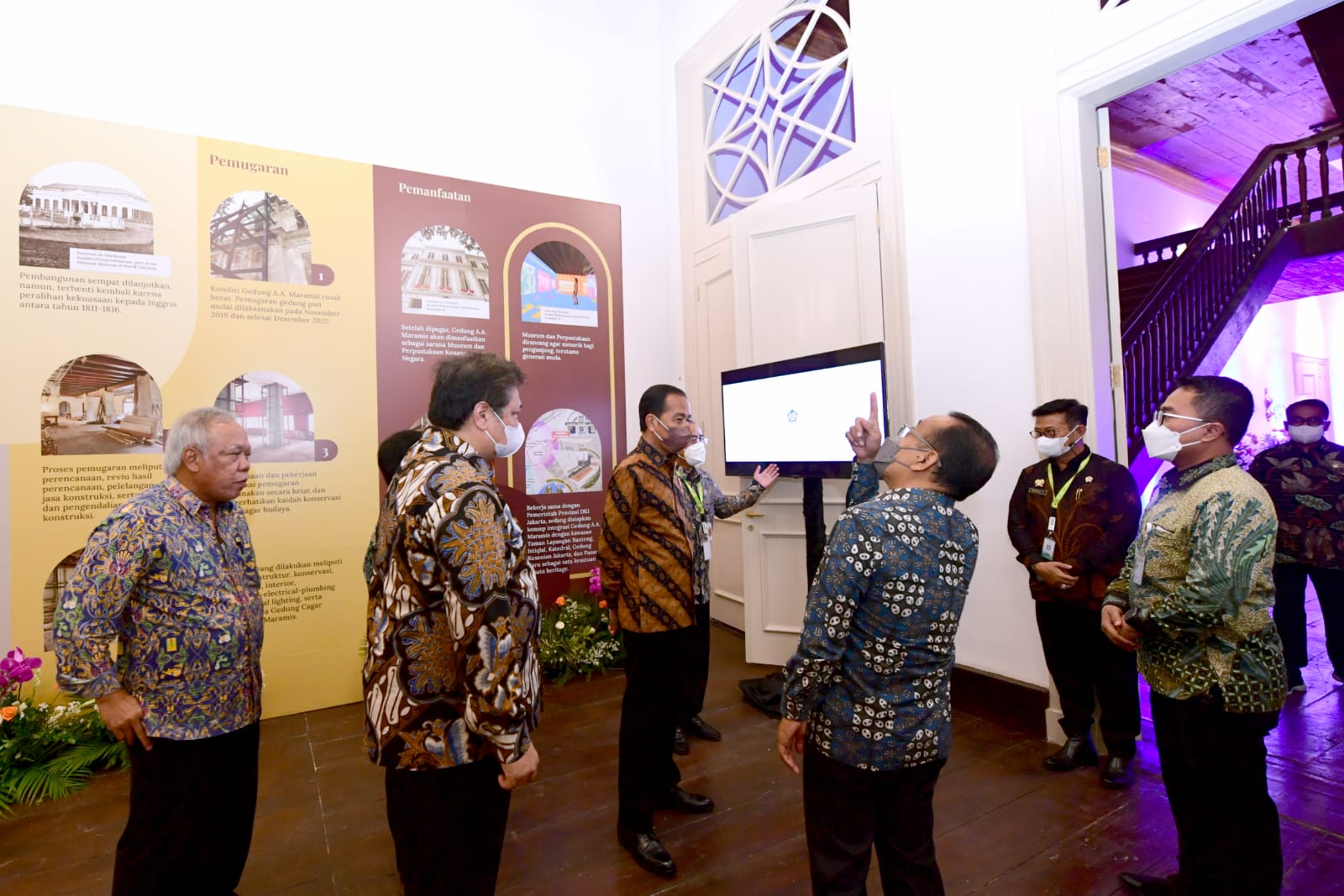 President Jokowi and a number of ministers visit A. A. Maramis Building, at the Ministry of Finance, Jakarta, Wednesday (12/12). (Photo by: BPMI of Presidential Secretariat/Muchlis Jr)

Before opening the meeting, Coordinating Minister for Economic Affairs Airlangga Hartarto and Secretary-general of the Finance Ministry Heru Pambudi told the President about the history of the building.

Named after the second Minister of Finance in the Indonesia’s History, Alexander Andries Maramis, the A. A. Maramis Building was constructed in March 1809 and completed in 1828. The building was initially built as the Palace of Governor-general of the Dutch East Indies Herman Willem Daendels. At that time, Daendels moved the Central Government from Oud Batavia (Old Batavia, now Kota Tua) to Nieuw Batavia in Weltevreden (now Central Jakarta)

In 1836, Department van Financien (Department of Finance) was established and used the Daendels Palace as the office. The building was renamed as A. A. Maramis Building back in 2008 to honor the former Finance Minister.

The building was restored in November 2019 and the restoration was completed in December 2022.

The restoration process is carried out strictly and takes into account the conservation principles of cultural heritage objects. The restoration works cover strengthening the building structure, architectural conservation, interior works, mechanical-electrical-plumbing (MEP), lighting, as well as the landscape area.

After the restoration, the Building will be used as a museum and library of the Finance Ministry. It will also serve as a place for state reception, meeting room, educational facility, and the like. For the future plan, the A. A. Maramis Building will be integrated with the area of Lapangan Banteng Park, Istiqlal Mosque, Jakarta Cathedral, the Jakarta Art Building, and one of the oldest shopping complexes in the capital, Pasar Baru, as one whole integrated heritage tourism area.

After joining the National Working Meeting, President Jokowi took a tour of the A. A. Maramis Building and had a group photo taken in front of the building with the attending ministers and governors. (BPMI of Presidential Secretariat/UN) (RAWS/LW)