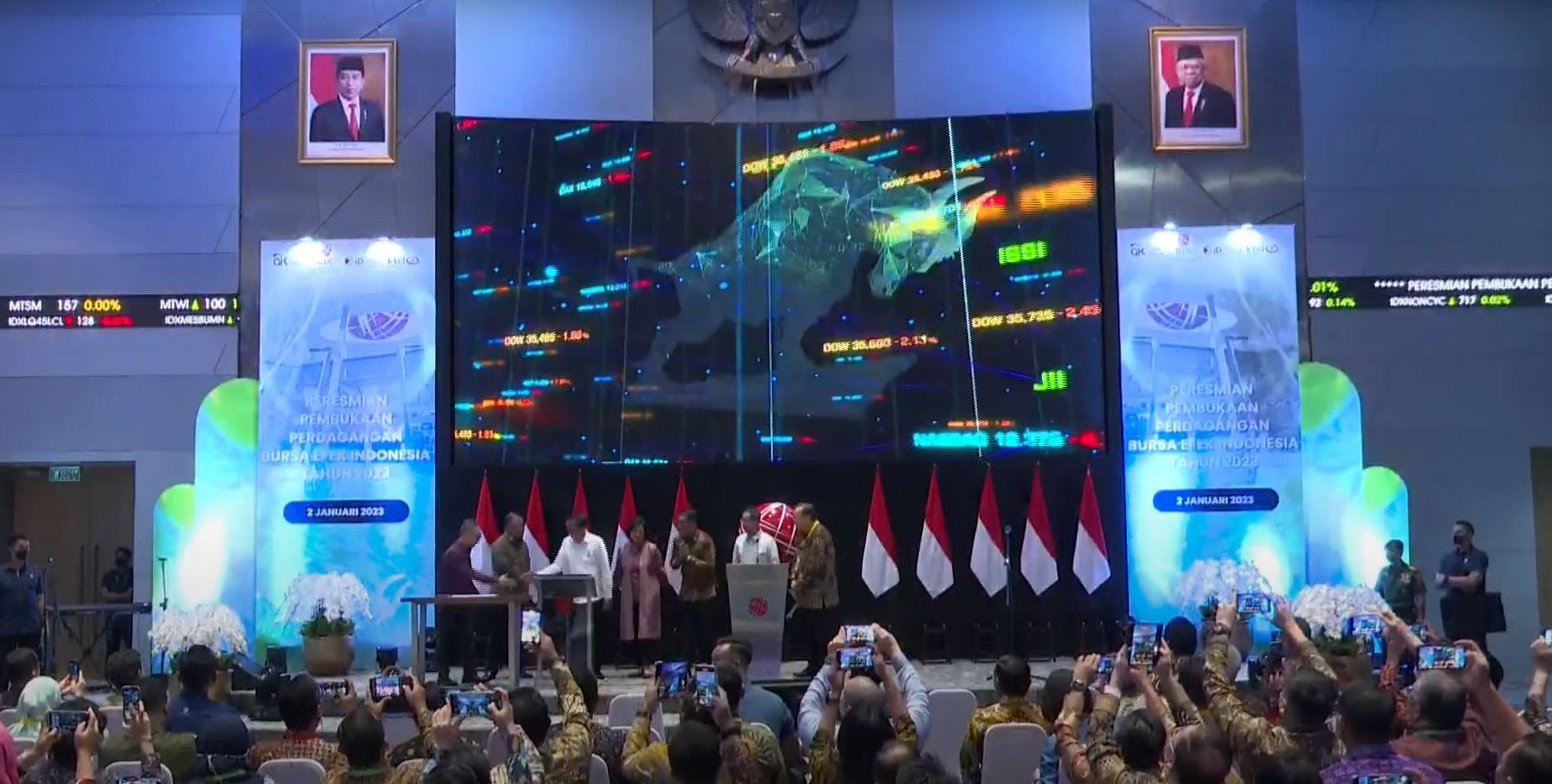 In his remarks, the President expressed gratitude for the growth of the Jakarta Composite Index (IHSG) in 2022.

“We should also be grateful that the 2022 index shows an increase of 4.1 percent compared to stock exchanges in other countries which have experienced a very sharp decline,” President Jokowi said.

“The market cap also grew by 15 percent to Rp9,499 trillion. This is not a small number, a big one amid the 2022 global economic turbulence,” he added.

The President also expressed his joy as 55 percent of the investors are under 30 years old and 70 percent are under 40. “It means the future prospect is very promising,” he said.

In addition, the President stated that the year 2023 will be a test for the global economy as well as the domestic economy. Therefore, he underscored that all parties should remain vigilant.

“We all have to be optimistic that we can solve the existing challenges and be able to go through 2023, the trial year, with a better economy,” he said.

President Jokowi also expressed hope that the recent PPKM (public activity restrictions) policy revocation will boost the growth of the national economy. This step was taken based on the results of a study conducted by the Government in the last 10 months, taking into account the performance of COVID-19 control indicators.

“The Bed Occupation Rate (BOR), our positivity rate, and the mortality rate, all are below the WHO standards. So, yesterday, we decided that at the end of the year the PPKM policy will be revoked. And, hopefully, this will later trigger our economy to grow better than last year,” he remarked.

Furthermore, at exactly 09.00 a.m. Western Indonesian Time, the President pressed a touch screen and signed a certificate as a sign of the official opening of the 2023 IDX stock trading. (FID/UN) (FI/MMB)