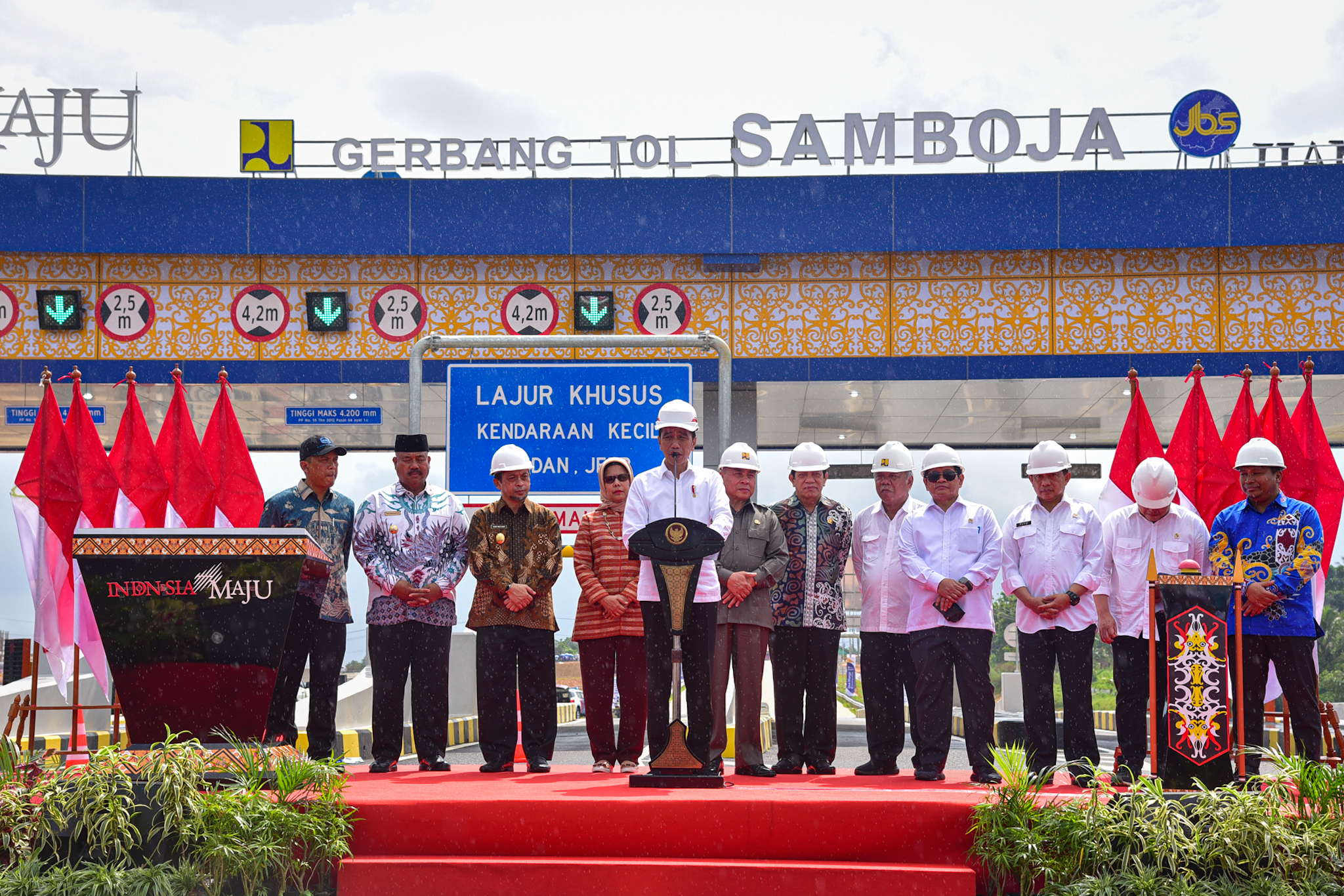 Meanwhile, construction of section I and V is estimated to finish in April next year at the latest.

According to the President, the 58.7 kilometers-long toll road is expected to increase mobility and efficiency for people and logistics.

“Previously, travelling from Balikpapan to Samarinda took approximately three hours, but with this new toll road, the travel time can be cut to just one hour,” the President said.

“I have ordered relevant stakeholders to prepare the road access to the new capital starting next year and connect it with the Balikpapan-Samarinda toll road to increase connectivity since the toll road are connected to two airports in East Kalimantan, namely Pranoto Airport in Samarinda and Sepinggan Airport in Balikpapan,” said President Jokowi.