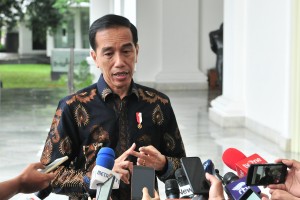 Baasyir was given parol after serving nine years out of his fifteen-year sentence.

This is called parole, a release of a prisoner under stated conditions. For this matter, for example, Baasyir must be willing to show loyalty to Indonesian state ideology Pancasila and the Unitary State of the Republic of Indonesia, the President said at the State Palace, Jakarta, Tuesday (22/1).

As previously reported, Coordinating Minister for Political, Legal, and Security Affairs Wiranto emphasized that the Government is still conducting an in-depth and comprehensive analysis regarding the release of Abu Bakar Baasyir.

Wiranto added that since 2017, Abu Bakar Baasyirs family has submitted a request for his release due to old age and deteriorating health and President Jokowi deeply understood the familys request.

Earlier, President Jokowi explained that the decision to release Abu Bakar Baasyir is purely made based on humanitarian reasons but he asserted that he would not violate legal procedures during the process.

Abu Bakar Baasyir was convicted and sentenced to 15 years in 2011 after the court found him guilty of planning and funding a military training camp for terrorists/armed groups in Jantho Mountains, Aceh in 2010. (FID/JAY/ES)