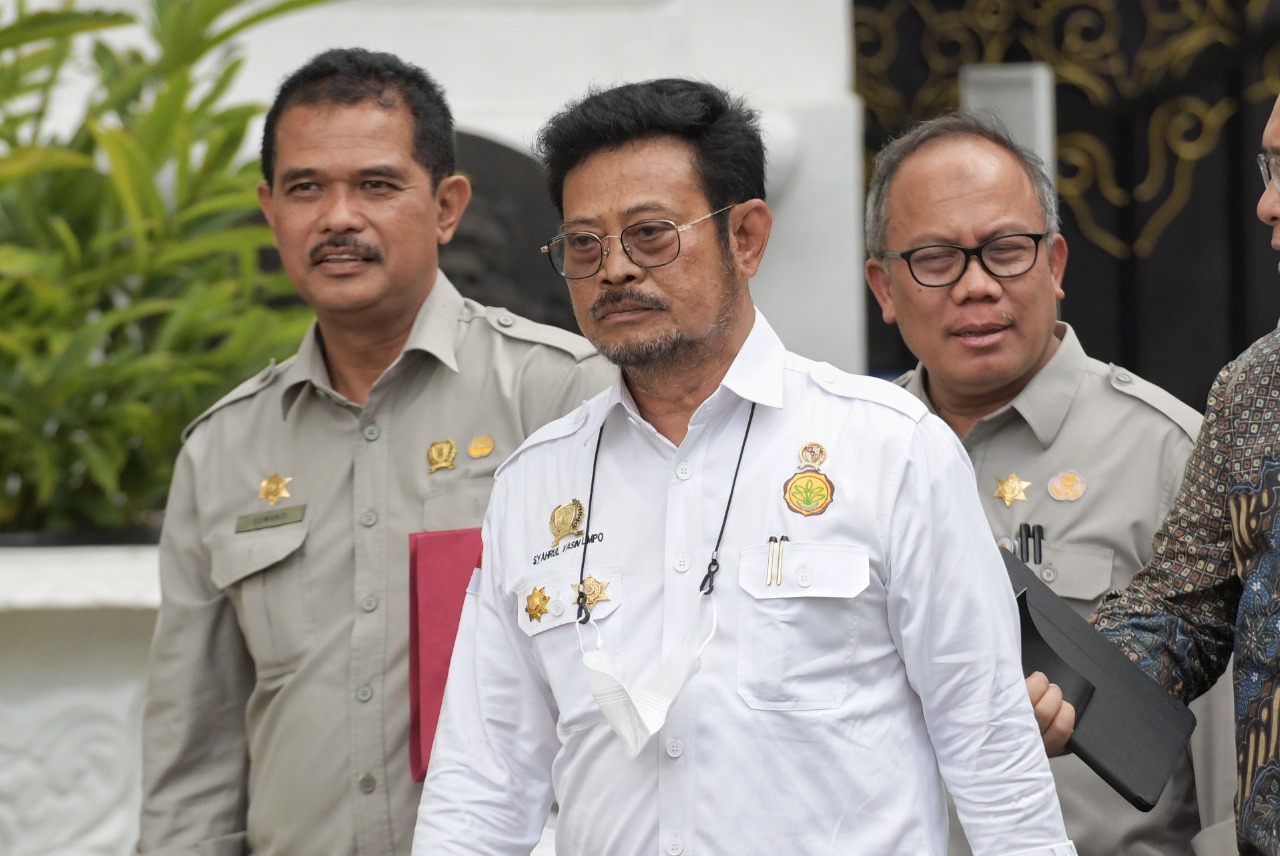 “President Jokowi has ordered me to re-check the existing rice stock data with all levels of governments including governors and regents within this week,” said Syahrul, Monday (10/31).

The Minister said that based on data and balance sheets owned by the Ministry of Agriculture, currently the national rice availability is still sufficient. In fact, from the Statistics Indonesia (BPS) data, rice production this year is the highest, he added.

“In our highest harvest period in March-April, the production was above 18.3 million [tons], then in our second harvest in August, September, October, it even reached 13 point something [million tons]. The BPS data shows that now 60 percent of the stocks are with the people themselves,” he said.

Nevertheless, he continued, President Jokowi ordered his cabinet to increase rice stocks through reserve rice at the Logistics Agency (Bulog). Syahrul ensured that his Ministry will immediately do this in a short time.

“The President’s order was to carry out sufficient stocking through the reserve rice in the Bulog and I will realize that in a very short time,” he said, adding that with the availability of sufficient rice stocks, the rice price fluctuations can be handled.

He has also committed to jointly looking at the availability of rice stocks together with Minister of Trade, Head of Bulog, and the National Development Planning Agency (Bappenas).

Syahrul went on to say that the availability is sufficient, even the existing data in 2022 shows that the productivity of the land is very high.

In the meantime, Coordinating Minister for Economic Affairs Airlangga Hartarto expressed optimism that the government’s rice reserves (CBP) can reach 1 million tons by the end of 2022 since President Jokowi has issued Presidential Regulation (Perpres) Number 125 of 2022 on Implementation Government Food Reserves.

With this regulation, Airlangga said that Bulog had the flexibility in absorbing people’s rice.

“With the presidential regulation, Bulog should be able to absorb more rice (for CBP). We’ll see when it will be realized,” said Airlangga. (TGH/DND/UN) (EST/LW)