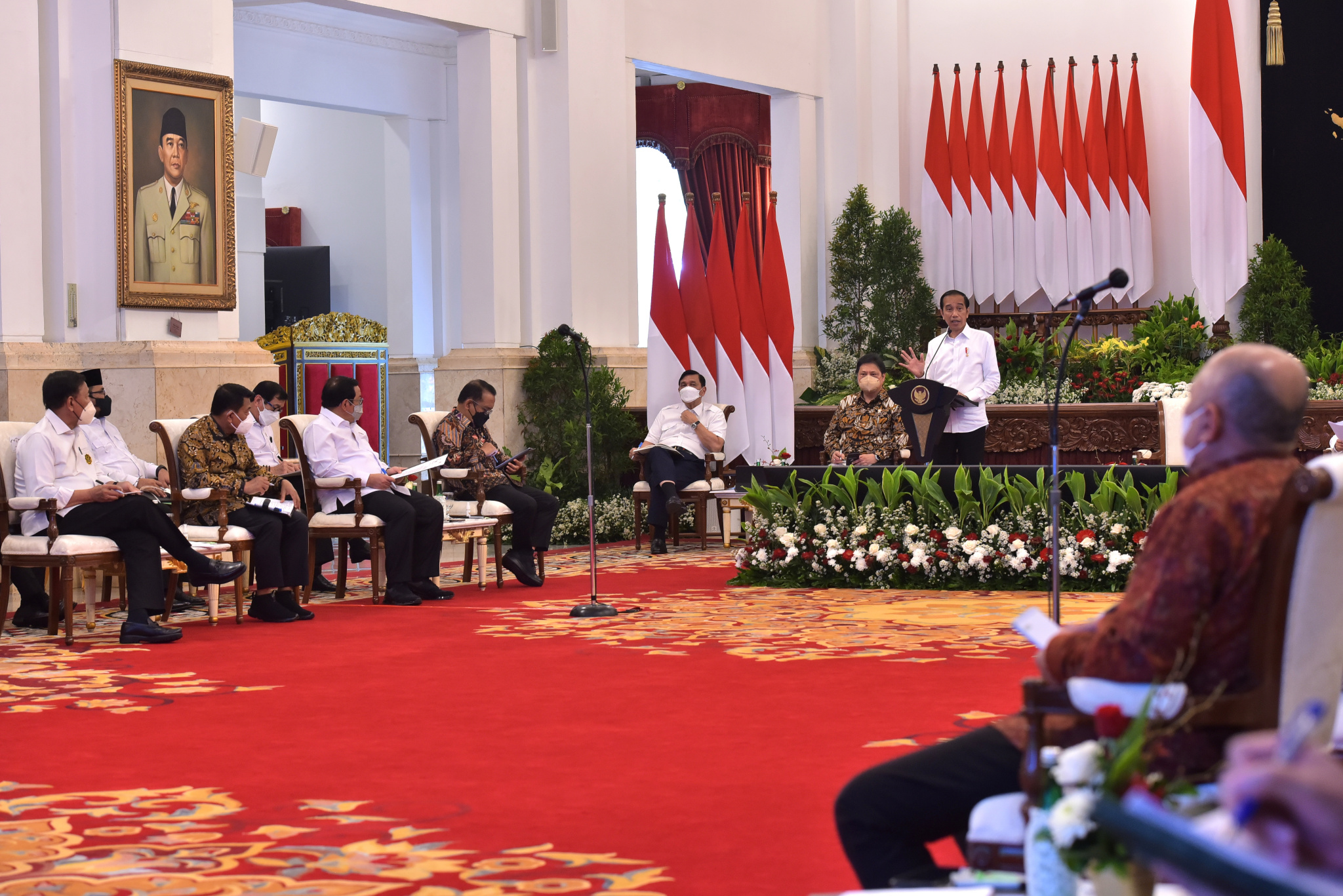 Anticipating global food crisis due to the COVID-19 pandemic and conflict between Russia and Ukraine, President Joko “Jokowi” Widodo has ordered his administration to focus on increasing food production, ensuring availability of offtakers, and distributing food commodity.

“I order that we focus on, first, massively increasing production, be it farmers’, corporations’ or SOEs’ production. We must pay close attention to everything. We must not be trapped in daily routines,” the President said while leading the plenary cabinet meeting on food and energy crisis anticipation at the State Palace in Jakarta, Monday (06/20).

The President stressed that massive commodity planting must be in accordance with each region’s characteristics.

“Yesterday I inspected sorghum in East Nusa Tenggara province with the Presidential Chief of Staff. They previously planted corn, but it did not grew. When they planted sorghum, it was green, very green, and the plants seemed very fertile. After it was checked, there used to be a lot of sorghum or cantel planted in the province,” he said.

The President also ordered his administration to immediately ensure offtakes who will contain the products of the massively increased production.

“When farmers have produced a lot, it must be stocked, for example by the State Logistics Agency (Bulog) and the RNI (food company PT Rajawali Nusantara Indonesia). The mechanism must be immediately decided. Yesterday, we have told Minister of SOEs to immediately decide [the offtakers], the products, the financing,” he said.

Finally, the Head of State underscored the importance of distributing food commodity that has been produced massively to avoid hoarding and decrease in food quality.

“It means that we must have a grand plan about everything. We have stated the grand plan, and we must also have the implementation plan,” he said while stressing the importance of collaboration among all stakeholders in focusing on those three matters to fulfil the people’s needs and enhance food security in Indonesia.

“It requires a good orchestration among ministries/institutions, SOEs, private sectors, regional governments, everyone,” he said, adding that food production not only fulfils domestic needs but also increases the potential to export Indonesia’s food commodity.

“We are one of the five champions for global response to food, energy, and finance, so if we can export [food], it can help other countries,” he remarked. (TGH/UN) (DH/LW)