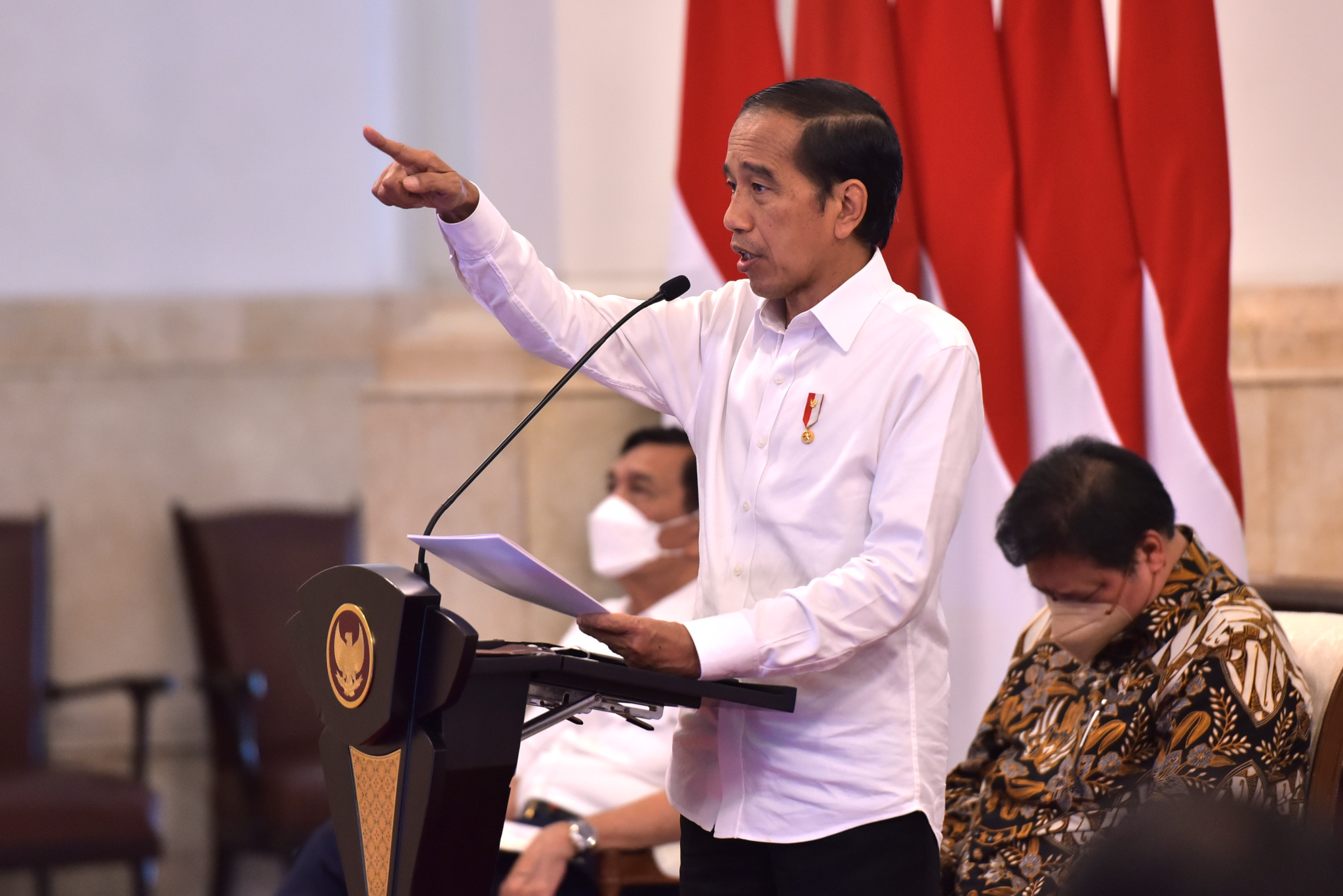 President Joko “Jokowi” Widodo ordered his Cabinet to be aware of the current global situation and to anticipate food and energy crises.

“Energy crisis, food crisis, financial crisis have started to hit several countries. There are approximately 60 countries which are facing pressure due to debt. It suppresses their economy which currently has no foreign exchange, making them enter the so-called economic crisis, financial crisis. Several countries have begun experiencing the crises and the number is expected to rise. This is what we really have to anticipate,” said the President when leading a Plenary Cabinet Meeting, at the State Palace, Jakarta, Monday (06/20).

The President asked his Cabinet to continue explaining the development of the current global situation to the public that triggered the increase in food and energy commodity prices.

“So, the public understand our situation although our condition, compared to other countries, is still very much under control,” he said.

In addition, the President asked the relevant ranks to save money and prevent leakage in the two sectors.

“We must be efficient and prevent leakage in all energy resources. Everything must continue to go on like this,” he said.

President Jokowi gave an example of State-Owned Enterprises (BUMN) in the energy sector, namely oil and gas company Pertamina and electricity company PLN, which must carry out efficiency and not only rely on government subsidies.

“Regarding the energy crisis, whether it’s fuel, gas, diesel, Pertalite (RON 90), Pertamax (RON 92), or electricity, don’t expect too much and only rely on subsidies from the Ministry of Finance. There should also be efficiency efforts. So both efforts must be carried out together,” he said.

In the short term, the President asked his Cabinet to increase production so that they do not depend on imports.

“For example the existing oil wells, even the small ones, should be encouraged to increase their production,” he said.

The President also emphasized to maintain the prices of food and energy commodities at a stable and affordable price for low-income communities, including cooking oil.

“I asked the Coordinating Minister for Maritime Affairs and Investment and the newly inaugurated Minister of Trade [for this issue]. They need two weeks to a month for the prices to be evenly stable. I think that as soon as possible, we must try to reach a stable price so that it is affordable for the lower-class people,” he said.

Moreover, the President also emphasized the Government’s commitment to provide subsidies to the public amidst the current increase in global commodity prices.

“Although our fiscal burden is heavy, the Government has committed to continue providing subsidies to the lower-class people, both related to fuel, Pertalite, diesel, gas and electricity. This is what we must continue to maintain,” he said.

To provide fiscal relaxation, he has instructed ministries/institutions and SOEs to spend their budget efficiently.

“I ask the ministries/institutions and SOEs to carry out budget savings as much as possible so that the Government has fiscal leeway,” he said. (TGH/UN) (EST/MUR)