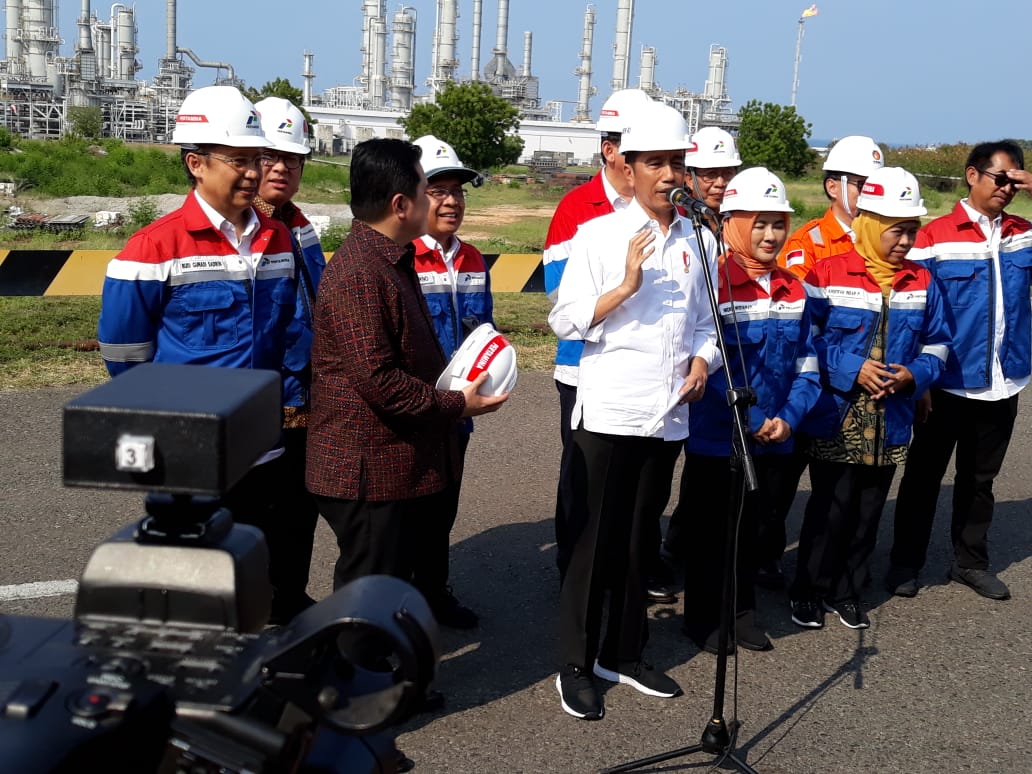 The refinery is located Jenu District in the East Java coastal regency of Tuban.

“The company (PT Trans Pacific) has asked for the completion of the construction for four years. Actually it has to be completed within three years whether with cooperation or independently. I reckon that there are choices that can be made immediately,” President Jokowi told reporters after his inspection of the PT. TPPI refinery, Saturday (21/12).

The President stated that 98% of the company’s shares belong to the state, while the remaining 2% still belong to the former owner. On the share ownership, he asked that this matter be resolved by January next year.

President Jokowi added that the TPPI oil refinery is one of the largest refineries in Indonesia, producing aromatic products such as paraxylene, orthoxylene, benzene, toluene, heavy aromatic as well as premium fuel, Pertamax, LPG, diesel, and kerosene.

The maximum production of the refinery, the President said, can save a maximum foreign exchange of US$4.9 billion or approximately Rp56 trillion.

“It is a substitution. Because every year we continue to import even though we can produce petrochemical products on our own,” he added.

The President on various occasions such as limited meetings, plenary meetings, to meetings with regional heads has repeatedly stressed the importance of substituting imported products, one of which is petrochemicals.

“We hope that the oil refineries can produce at maximum so that we can tackle the current account deficit, the balance sheet. This is one of the keys,” the President stated. (FSA/ES)