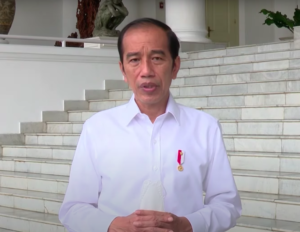 The President has also been briefed on the latest situation and continued to monitor the situation over time, according to Minister of State Secretary Pratikno.

“The President has ordered Head of the National Disaster Management Agency (BNPB), Head of the National Search and Rescue Agency (Basarnas), Minister of Social Affairs, Minister of Health, Minister of Public Works and Public Housing, as well as Commander of the Indonesian National Defense Forces (TNI), Chief of the Indonesian National Police, Governor [of East Java], and Regents [of regencies near Mount Semeru] to immediately take actions, make emergency response, search and rescue victims, treat the injured, and manage impacts of the disaster,” Pratikno said in his press statement televised on the YouTube channel of Cabinet Secretariat, Sunday (12/05).

According to Pratikno, the President has also ordered his administration to immediately provide health care services and supplies for the affected residents, as well as to complete infrastructure rehabilitation in a short time.

Following the eruption, the Government, Pratikno added, has urged affected residents to follow the instructions from officers on the ground and to always increase vigilance, given the fact that Indonesia is located in the ring of fire that is vulnerable to natural hazards, including volcanic eruption.

“Regional heads and government officials are urged to remain vigilant at all times and to urge the people to always be vigilant and cautious and to work together to anticipate disasters such as this one,” Pratikni said.

“I hope the Allah SWT God Almighty always protects the victims and us all and eases our burden in overcoming every challenge,” he remarked. (BPMI of Presidential Secretariat) (DH/EP)