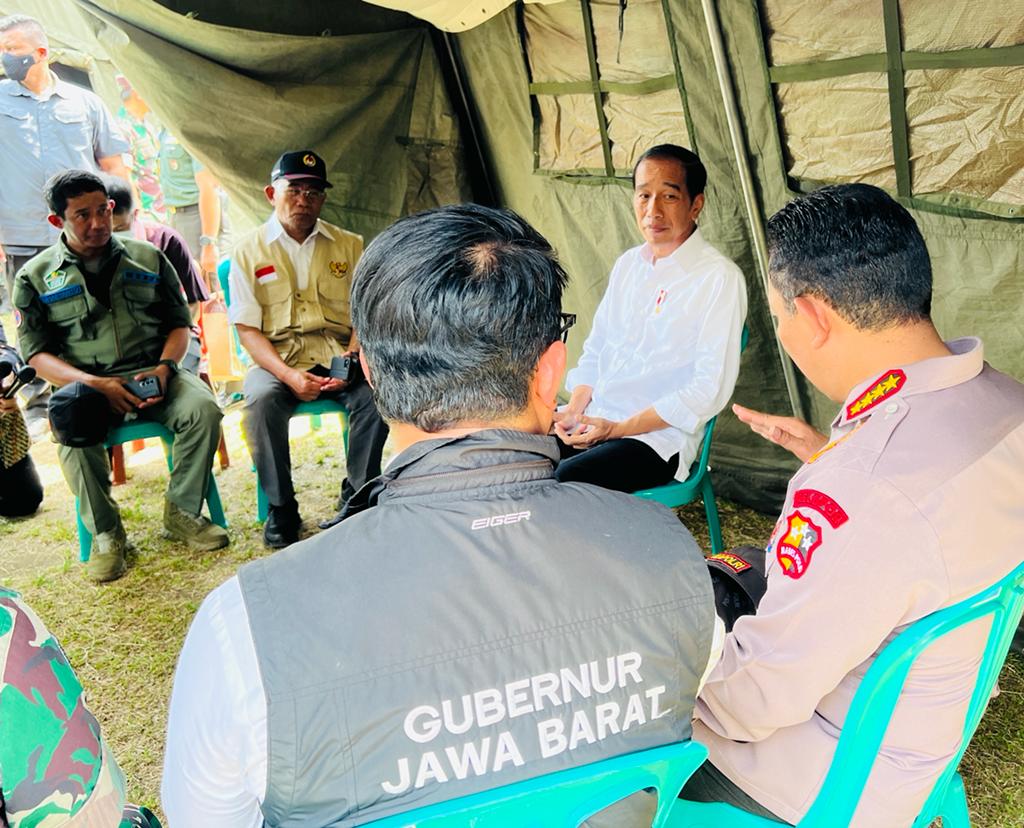 “There are several isolated places and we are trying to open the path,” Head of the National Disaster Management Agency (BNPB) Suharyanto quoting the President’s instruction.

In addition, President Jokowi also instructed related parties to immediately repair the public facilities and houses affected by the quake.

“Please carry it out when the situation improves” he added.

The President also ordered more emergency treatment tents so that the quake survivors can be accommodated.

On the occasion, Governor of West Java Ridwan Kamil proposed to President Jokowi to establish an emergency hospital.

“We can build an emergency army hospital in the regent’s pavilion courtyard since there are people who are worried about being treated inside building,” he remarked. (BPMI Presidential Secretariat/AIT) (GWH/EP)