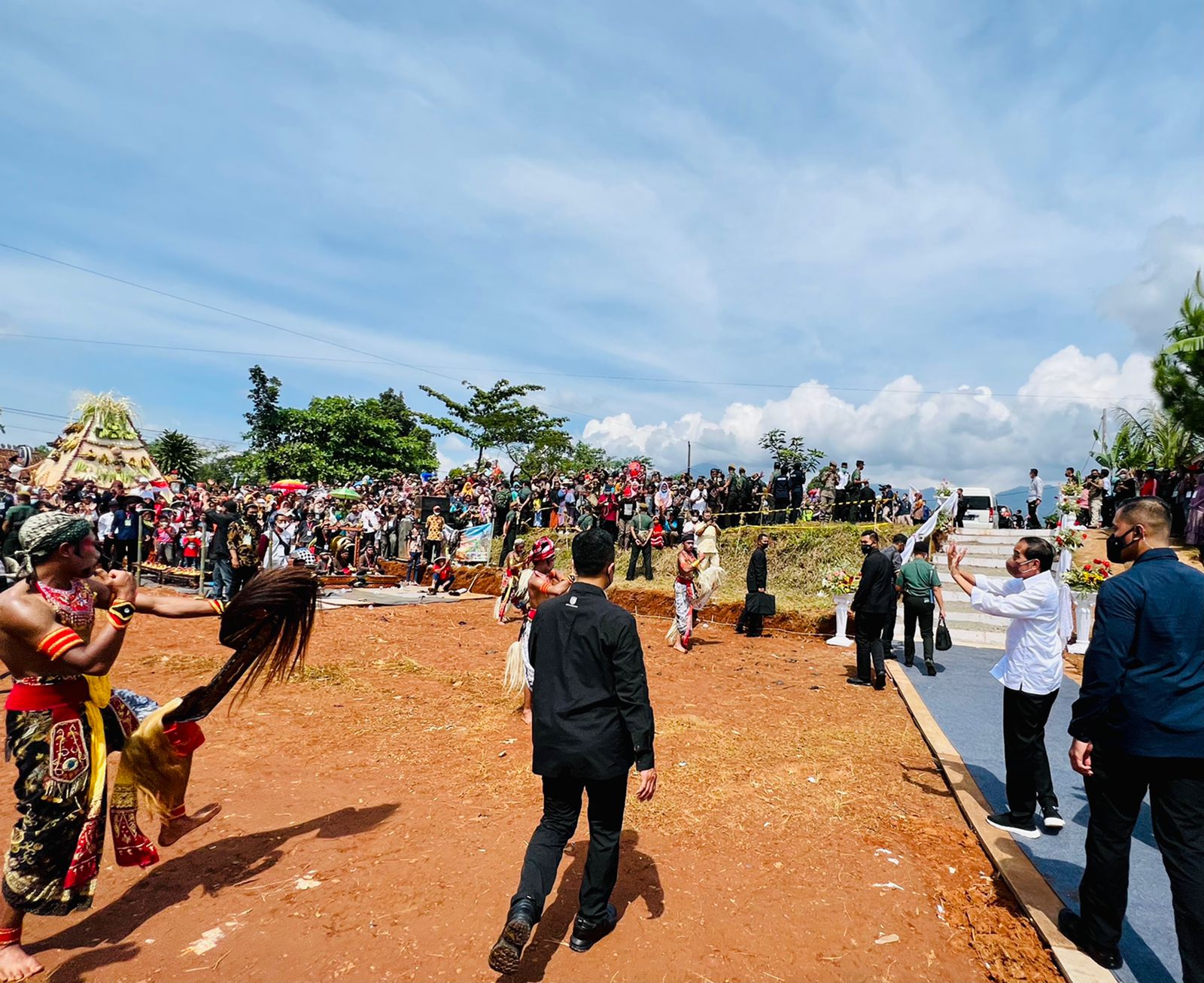 “Don’t abandon unproductive land. There are unproductive and neglected parcels of land. Every parcel of land has to be the productive one. It is domain of Minister of [Environment and] Forestry. For example, [there is a parcel of land with] right to cultivate (HGU) for more than 10 years or more than 20 years and the land is not cultivated. That is also domain of Minister of Environment and Forestry and Minister of Agrarian Affairs and Spatial Planning,” the President said at harvest festival held by community movement for social forestry in Batang regency, Central Java province, Wednesday (06/08).

According to the President, social forestry land has an important role in opening businesses for farmers and the people. To that end, the President orders relevant stakeholders, particularly Minister of State-Owned Enterprises and Governor of Central Java, to provide assistance related to management, facilities and infrastructure.

On that occasion, the President also talked about global challenges due to COVID-19 pandemic and the war in Ukraine, and that many countries have experienced food shortages. The President called on farmers and communities to take opportunities and make use of the land they manage by planting staple food such as rice, corn, porang, and sorghum.

In the meantime, Chairperson of the Indonesian community movement for social forestry Siti Fikriyah said in a written statement that the event was held to express gratitude to God and to extend appreciation to President Jokowi for several policies that benefit farmers and Indonesian people, particularly those who live in surrounding areas of forests. (BPMI of Presidential Secretariat/UN) (RI/MMB)