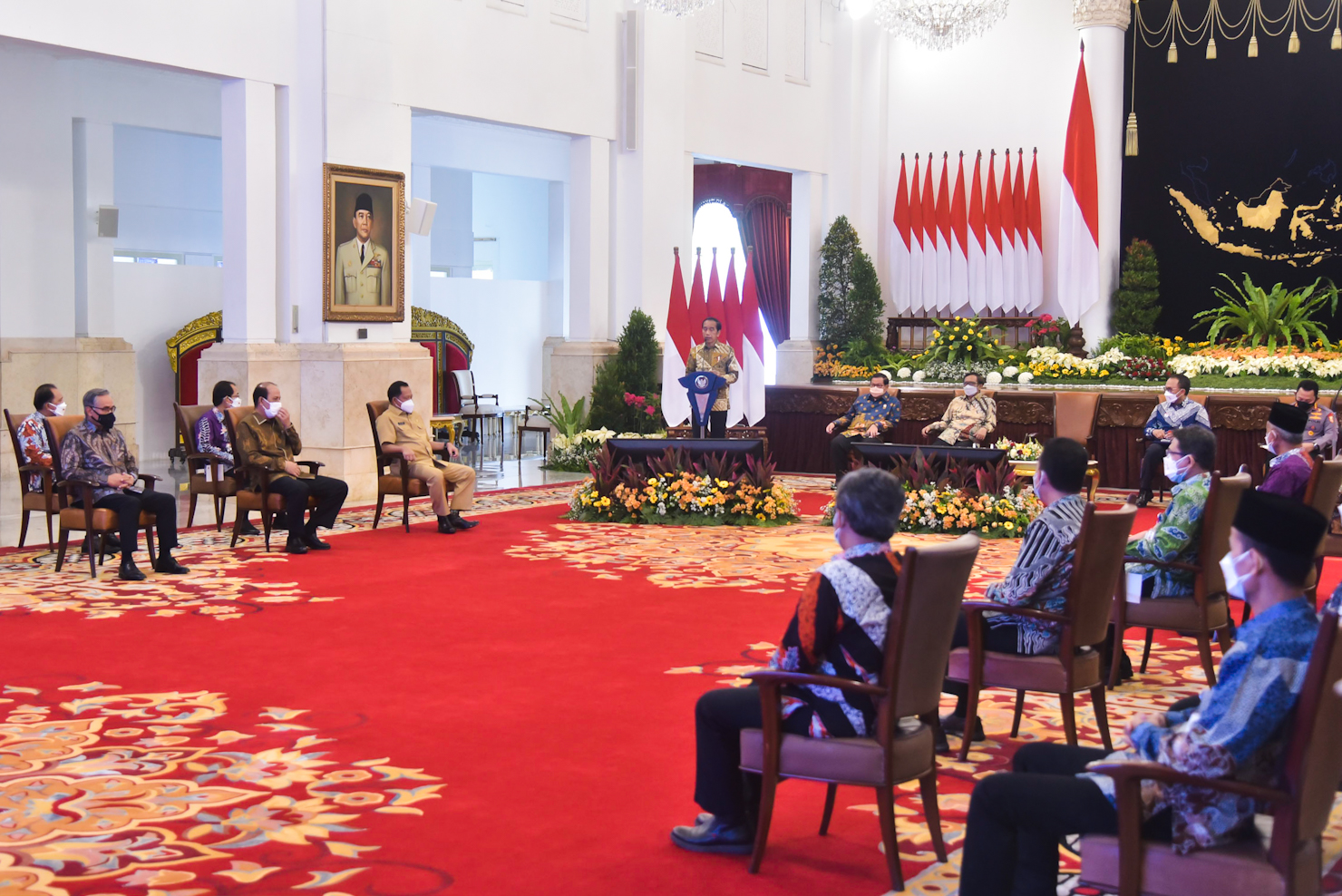 President Jokowi delivers his remarks at the Commemoration of the 20th Anniversary of the Movement on Anti Money Laundering and Counter Terrorism Financing (APUPPT) at the State Palace in Jakarta (04/18) (Photo by: PR of Cabinet Secretariat/Agung)

“First and foremost, we have to continue to make breakthrough. We have to immediately carry out digital transformation, adopting regulatory technology and making breakthrough in the law sector for various fundamental problems,” President Jokowi said during the Commemoration of the 20th Anniversary of the Movement on Anti-Money Laundering and Counter Terrorism Financing (APUPPT) at the State Palace. Jakarta.

To that end, the Head of State also urged the Financial Transaction Reports and Analysis Centre (PPATK) to improve its digital services, including by developing new service platforms and improving its running digital services to provide completed, integrated, real-time digital services able to serve all stakeholders rapidly, easily, precisely, and accurately.

President Jokowi urged all ministries and agencies, including the PPATK who serves as a focal point and a financial intelligence unit, to be observant and to able to move quickly to handle new modes of money laundering and terrorism financing outside the national borders and have become international crimes.

“Do carry out anticipation at every level as early as possible to prevent efforts that can intervene integrity and stability of our economic, financial system. And carry out anticipation on the rise in economic crimes, including cybercrime and other crimes that take advantage of technological sophistication,” the President added.

President Jokowi also expressed gratitude and appreciation to the PPATK and other related stakeholders for the hard work in preventing and eradicating crimes on money laundering and terrorism financing for two decades.

“What all of us have achieved in these two decades should not make us complacent. The challenges in the future will be more severe and the potentials for cybercrime will increase accordingly. There will be new modes and forms of crimes on money laundering and terrorism financing,” the President said, while calling on everyone, not only the PPATK, to work hard to protect integrity, stability of economic, state financial system from crimes on money laundering and terrorism financing.

“We have to build synergy to ensure fairness in law enforcement, to increase rescue efforts on the return and recovery of the state finance, to provide legal certainty for both local and foreign investors, and to build Indonesia’s stronger, integrated, and sustainable financial system,” he remarked. (FID/ST) (AP/EP)