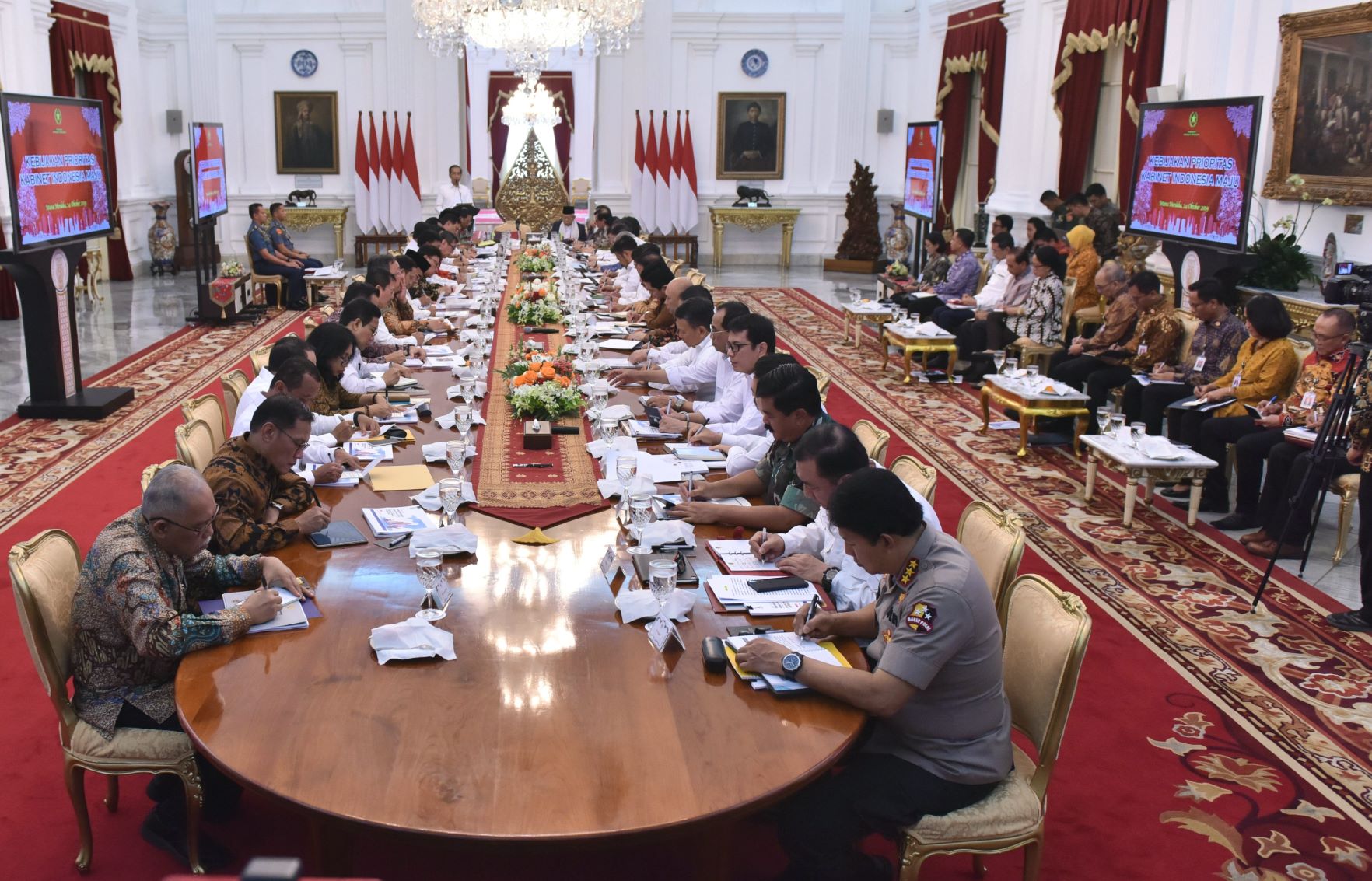 The directive was made by the President because Indonesia has serious overregulation problem in which numerous regulation of the Central Government, regional governments, and ministries are overlapping each other.

“I will hold a meeting in two weeks which aims at scrapping all problematic regulations so we can work faster,” the President said in the first Plenary Cabinet Meeting of Indonesia Onward Cabinet, at the Merdeka Palace, Jakarta, Thursday (24/10).

On that occasion, President Jokowi also reminded all high-ranking officials attending the Meeting that the main objective of all government institutions is to create more jobs which are expected by the people.

“I want all ministries, provincial, regional, and municipal governments to bear it in mind that they must prioritize job creation and best public services,” President Jokowi firmly said.