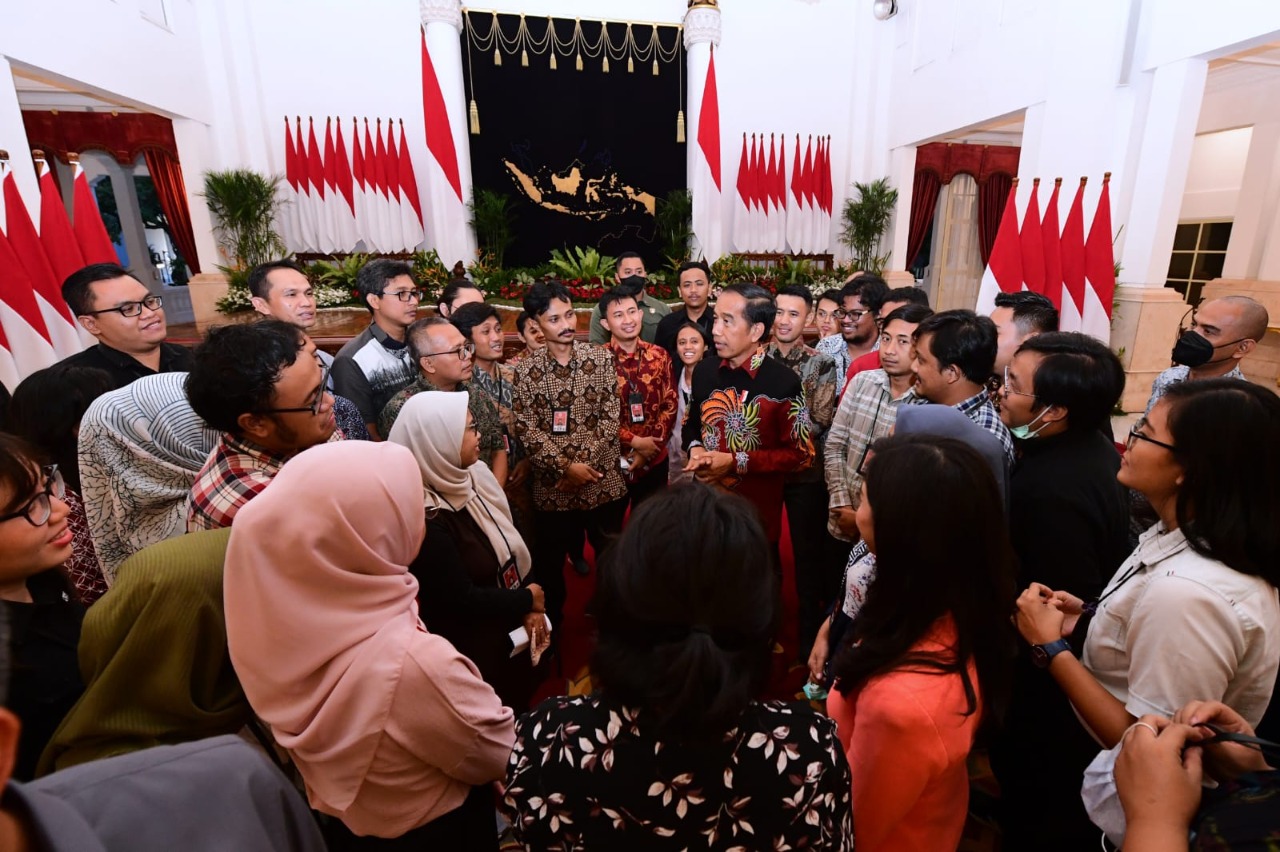 President Joko “Jokowi” Widodo Tuesday (01/10) had a discussion with palace journalists about recent issues at the State Palace in Jakarta.

According to Raf Raf, a palace journalist, this occasion allowed journalists and the President to have more insight about each other’s perspective.

“The President can listen to journalists or the media’s opinion. We can also see or know more about the Palace or the President’s perspective, so we can have closeness and build better communication, “he said.

On that occasion, Muslich, another journalist, said that he was happy to meet President Jokowi to discuss policy background while expressing hope that journalists can have regular discussions with the President about the background of the policies made by the Government.

Echoing a similar sentiment, Dio, another journalist, also expressed hope that he can meet the President regularly, adding that such a meeting allows journalists to directly deliver the public’s aspirations about recent issues. (BPMI of Presidential Secretariat/UN) (DH/MUR)