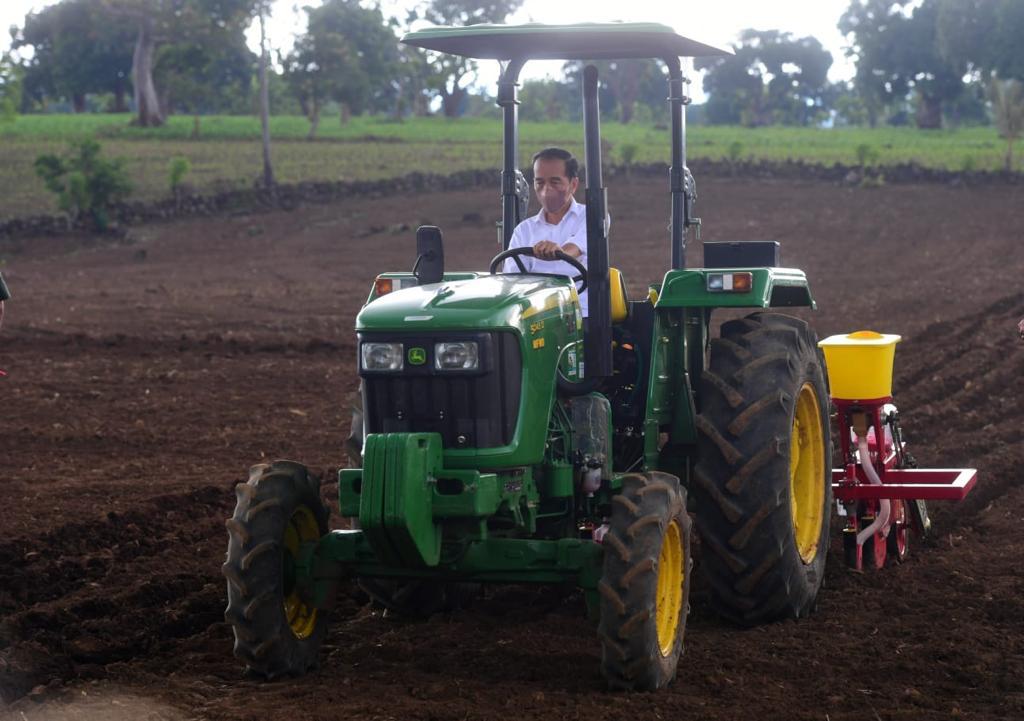 “Today, I can drive a tractor by myself and it is easy. I was briefly taught by Minister of Agriculture,” the President said after testing out the tractor.

The President arrived at the location at around 13.38 WITA (Central Indonesian Time), accompanied by Coordinating Minister for Economic Affairs Airlangga Hartarto and was welcomed by Minister of Agriculture Syahrul Yasin Limpo.

After inspecting the corn panel, the President went straight to agricultural land with a number of farmers.

On that occasion, the President pushed the corn planters followed by the farmers simultaneously. After planting corn seeds with a distance of approximately 100 meters, the President got in the tractor parked at the location.

“We have planted corn seeds with a planter, but I tried to plant them with a tractor that has a planter behind it,” he said.

The green tractor drove slowly across the expanse of land. Together with Minister of Agriculture, the President went around the land.

Furthermore, the Head of State said that the use of agricultural mechanical equipment, such as tractors, is needed if the area of land cultivated by the farmers is very large in size so that planting activities will be more effective.

“I think both [planters] are useful, but in a very wide area, the fastest way to plant is by using a tractor. Such mechanism also needs to be introduced to all farmers so that the use of semi-heavy equipment like this can be implemented,” he remarked. (SLN/BPMI of Presidential Secretariat/UN) (RIF/LW)