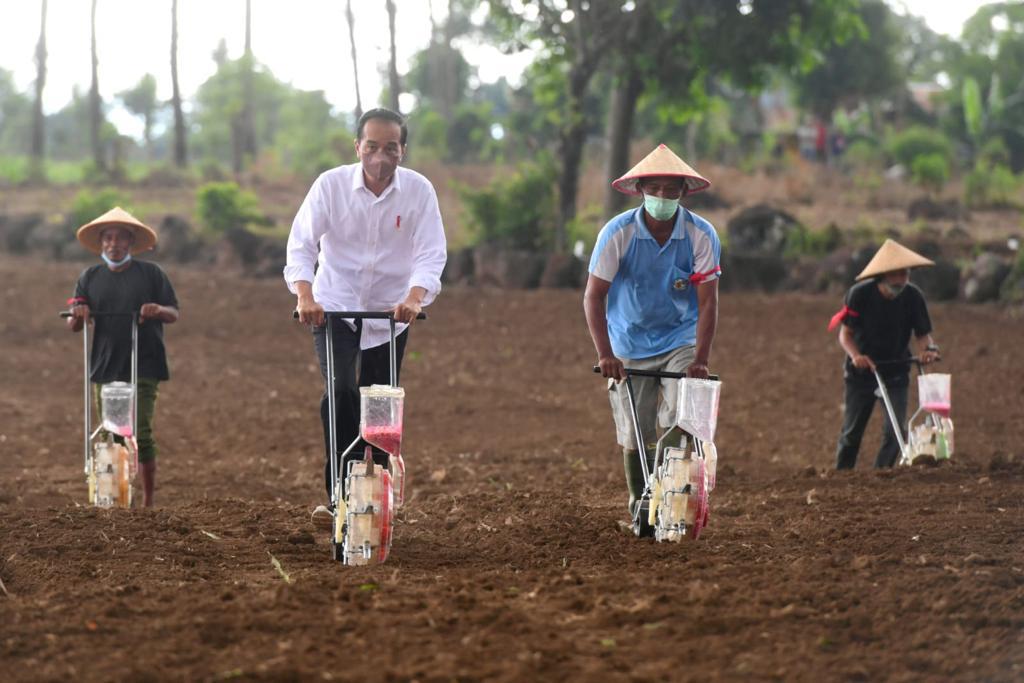 “This afternoon, I together with Coordinating Minister for Economic Affairs, Minister of Agriculture, Governor of South Sulawesi, Regent of Jeneponto, and the farmers planted maize in an area of 1,000 hectares,” the President said after planting the NASA 29 maize variety.

President Jokowi expressed hope that with more farmers growing maize, the national demand for maize can be fulfilled. Each hectare of agricultural land is expected to produce 6-7 tons of maize and South Sulawesi province as a whole can produce up to 1.8 million tons, he said.

“Indeed, we are in shortage of maize supply, nationally. So, we hope that with more and more farmers planting maize, we can put an end to the national shortage immediately and we don’t have to import any more,” he said.

On the maize price, the President stated that the current price of maize in Jeneponto is very good for farmers, reaching Rp4,000 per kilogram.

“If the price is too high, the farmers are happy, but the meat and egg-producing chicken breeders will definitely complain because the price of livestock feed becomes certainly high,” he added while emphasizing that the price should be good for farmers but not burdensome for breeders.

“Indeed, these two must be balanced. Farmers should benefit, but breeders must also benefit. We are working to balance these if the national production is sufficient,” he remarked. (TGH/UN) (FI/MUR)