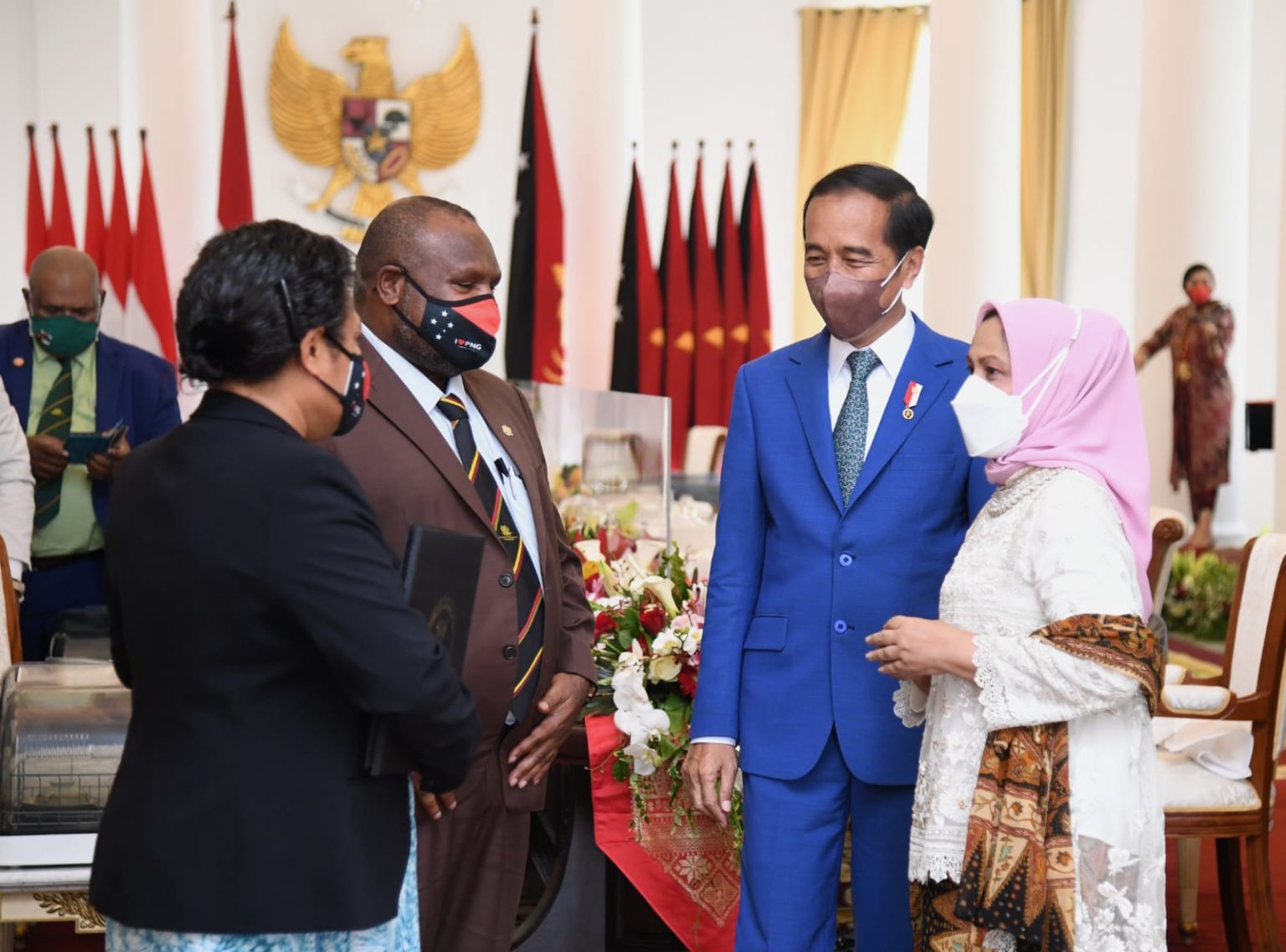 One of the cooperation between Indonesia and Papua New Guinea is trade sector that recorded an increase amounting to 87 percent in 2021. The increase has brought hopes and optimism to post-pandemic economic recovery between the two countries.

“I believe that there are still a lot of opportunities that can be improved. To that end, Indonesia is ready to reopen the border with Papua New Guinea to rebuild cross-border trade and boost economic pulse of people living in border areas,” the Head of State delivered his statement after holding the bilateral meeting.

Moreover, President Jokowi encouraged his administrations to carry out feasibility study on the establishment of trade agreement between Indonesia and Papua New Guinea, adding that, he also noticed that the establishment of agreement on bilateral investment is vital to facilitate, provide security for investors among the two countries.

On that occasion, President Jokowi and PM Marape also discussed on the importance of strengthening connectivity on land, sea, and air between two countries, adding that, the President expressed his hope that there are opportunities for Indonesian construction companies to support the development of connectivity and infrastructures in Papua New Guinea.

In defense sector, he added, it is expected that military cooperation including defense industry cooperation between two countries can be improved.

In healthcare sector, President Jokowi expressed Indonesia’s readiness to support Papua New Guinea’s efforts in strengthening its national resilience in healthcare sector through partnership between the Food and Drug Monitoring Agencies of two countries, he continued, that Indonesian pharmaceutical companies have shown their interest in marketing their products in Papua New Guinean market.

In the meantime, PM Marape warmly welcomed and express his gratitude to Indonesia for the invitation to Pacific countries to be involved at the G20 summit. He also hoped that Indonesia can organize the G20 presidency well.