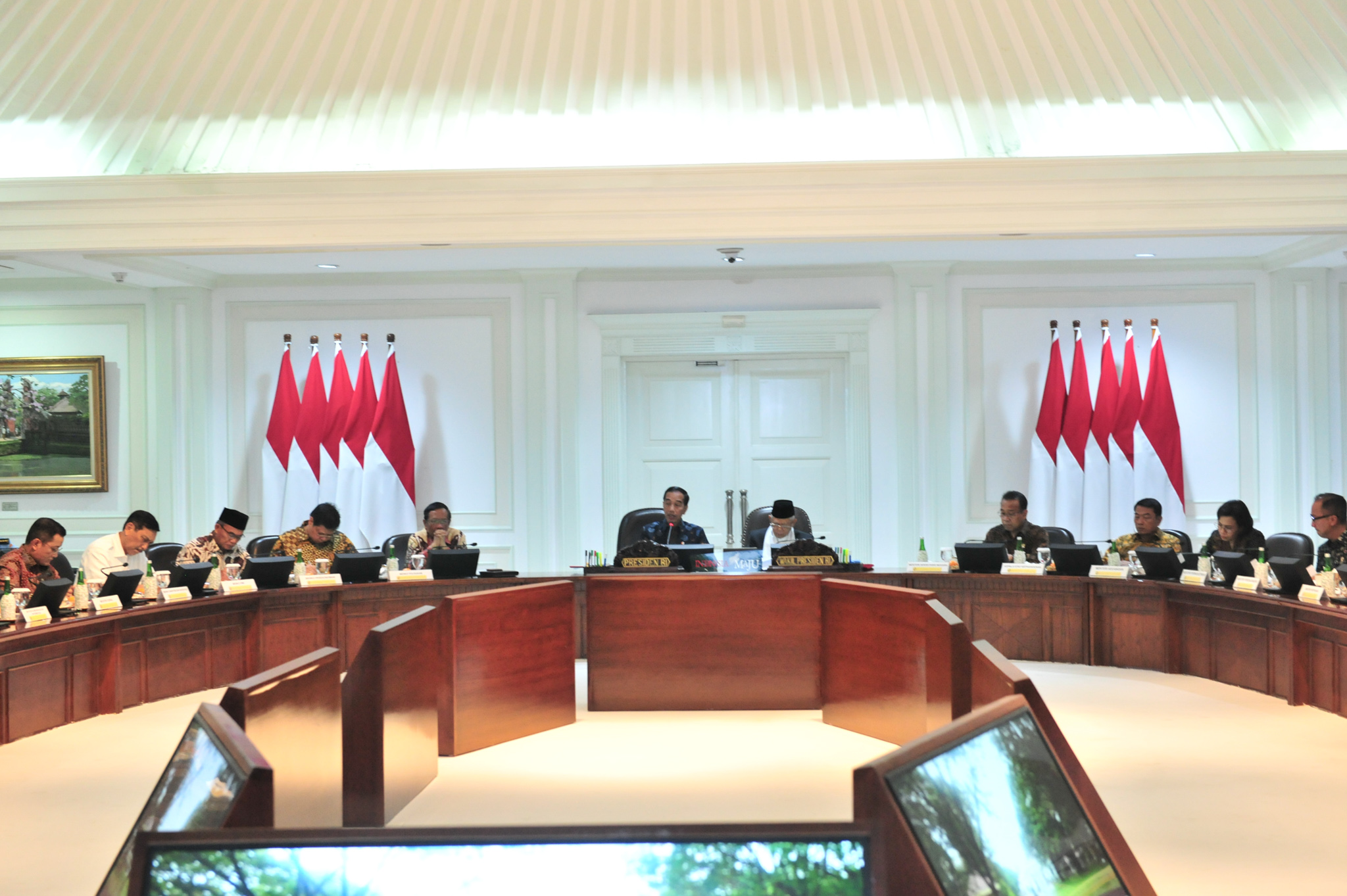 President Jokowi leads a limited meeting on the Acceleration of Ready for Work and Social Safeguards Programs Implementation, at the Presidential Palace, Jakarta, Tuesday (10/12). (Photo by: Jay/PR)

“Let me reiterate since there are rumors that the Government will give allowance for the jobless. (The card) is not intended to give salary for unemployed,” President Jokowi said in his introductory remarks at a Limited Meeting on the Acceleration of Ready for Work and Social Safeguards Programs Implementation, at the Presidential Palace, Jakarta, Tuesday (10/12).

According to the President, Pre-employment Card is a financial assistance for vocational training given to those aged 18 and over and currently not participating in formal education.

It is also provided for active workers and workers affected by layoffs who need to increase their competences, he added.

President Jokowi went on to say that Pre-employment Card focuses on two points, namely preparing workforce to be employed or to work as entrepreneurs and increasing skills of the active workers or laid-off workers through rescaling and upscaling so they will be more productive and competent.

On that occasion, the President also called for a report on the detail of the Card’s implementation plans including Project Management Office (PMO) established to manage the program, its digital platform system along with its business process flow, and the readiness of training institutions and a disbursement scheme for the payment.

Also attending the Limited Meeting were among others, Vice President Ma’ruf Amin, a number of Indonesia Onward Cabinet Ministers, Head of the Agency for the Placement and Protection of Indonesian Migrant Workers (BNP2TKI) Tatang Budie Utama Razak, Acting Head of the Development Finance Comptroller (BPKP) Kuswono Soeseno, and echelon I officials of presidential institutions.