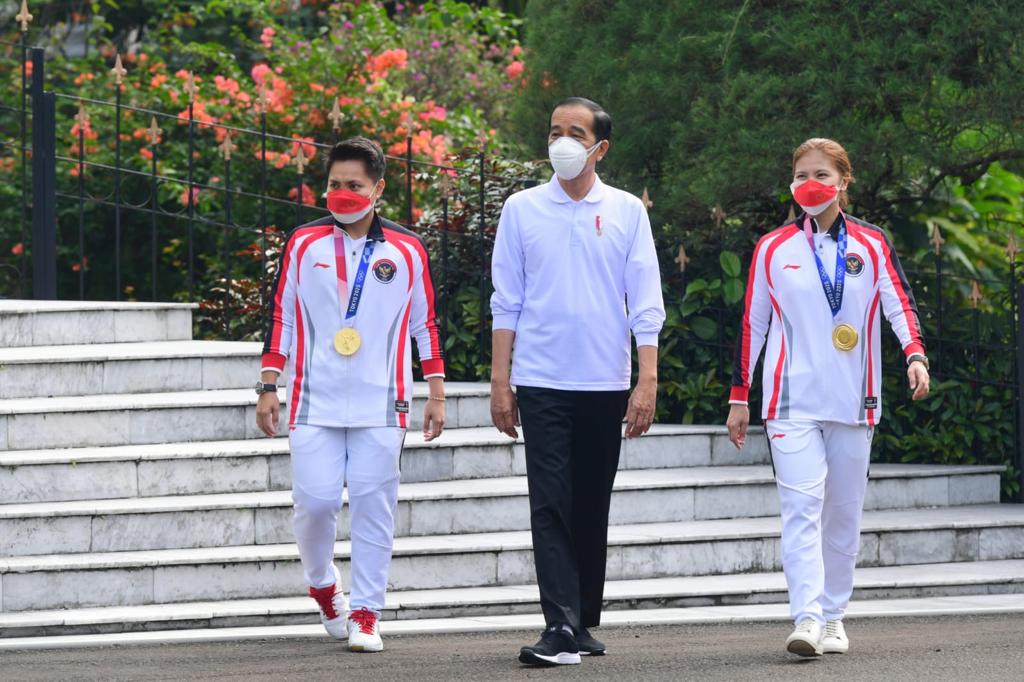 The President expressed gratitude for the safe arrival of all athletes of the Indonesian contingent in the country.

“The people and I are very proud of your fight and hard work that you have done in Tokyo. Thank you to all athletes, coaches, officials, companions, and chefs-de-mission, Ambassador of the Republic of Indonesia to Japan, and all parties that have made this event successful,” he said.

Specifically, the Head of State also once again congratulated and expressed appreciation to athletes who have succeeded to win medals for Indonesia.

On that occasion, the President also gave bonus as an award for the athletes and their coaches.

Closing his statement, the President expressed hope that the achievements made by Indonesian athletes at the 2020 Tokyo Olympics can inspire Indonesian people.

“I hope the achievements that you made can be an inspiration, can be an example, can be a drive and motivation for athletes and all of our people to continue to work hard, make achievements, and give the best to their nation and country,” he remarked.

In the meantime, Minister of Youth and Sports Zainudin Amali in his report stated that at the most prestigious sports event in the world, Indonesian contingent, consisted of 28 athletes and 26 officials, participated in eight sports events, namely badminton, weightlifting, archery, athletics, surfing, shooting, rowing, and swimming.

The 28 athletes who competed at the Tokyo Olympics are: