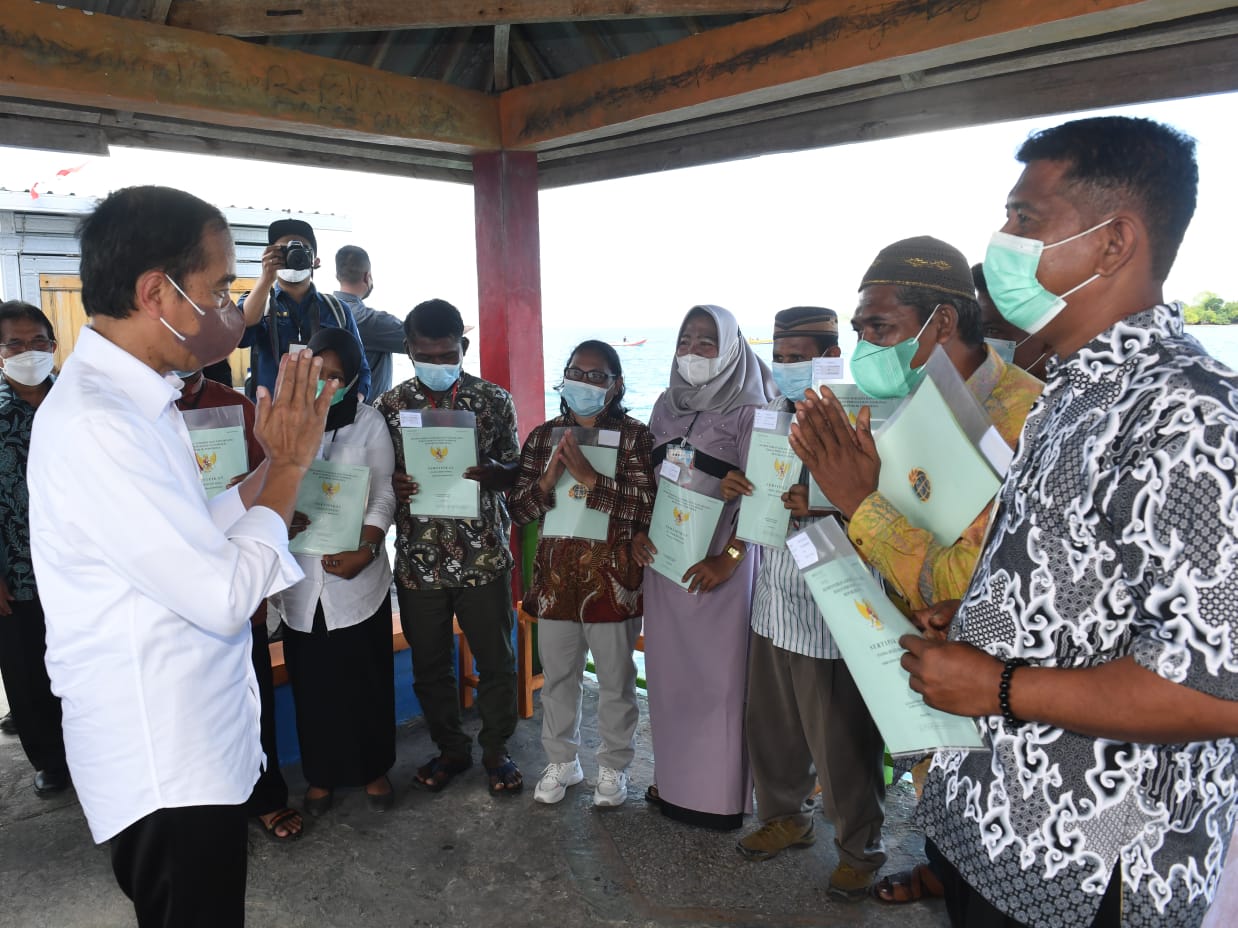 On the way to Mola village to present the certificates, President Jokowi and Ibu Iriana Jokowi headed to the location by an open jeep, and not long before arriving at the location, they both continued the trip by riding a white electric motorcycle.

Mola village is located at Wangiwangi island — or the local people call it Wanci — in Wakatobi regency, and is a village where Bajo ethnic live. The floating village is situated around 28 kilometers from Matahora Airport.

Along the way to the village, President Jokowi greeted the local people. They enthusiastically welcomed the Head of State and Ibu Iriana coming to their village.

Long before, President Jokowi and Ibu Iriana have also ridden a similar electrical motorcycle during a working visit to Asmat regency in Papua province in April 2018. At that time, President Jokowi and Ibu Iriana rode the motorcycle from the place where presidential helicopter Super Puma landed on Ewer Sea Port, on the bank of Aswet River, Agats, to Kayeh Village. They rode for about 6-7 kilometer. (Bureau of Press, Media, and Information of Presidential Secretariat/UN)(AW/EP)