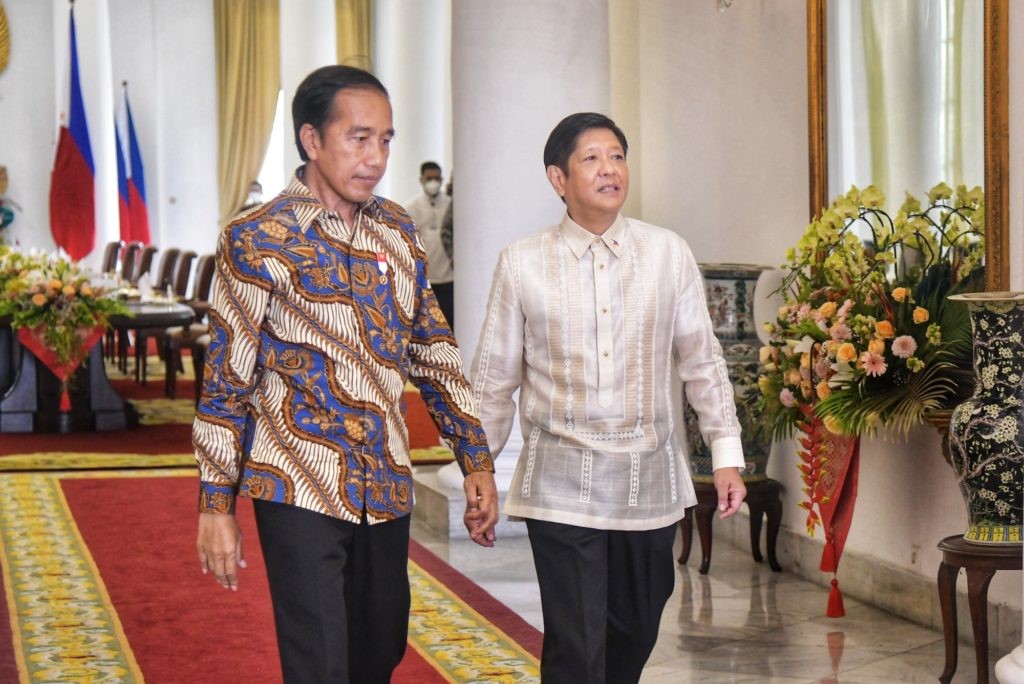 After a state welcoming ceremony and a quick tête-à-tête, President Joko “Jokowi” Widodo and President of the Republic of the Philippines Ferdinand Romualdez Marcos Jr. held a bilateral meeting at the Bogor Presidential Palace, West Java, Monday (09/05).

“Following the one-on-one meeting, I would like to address bilateral and regional cooperation,” President Jokowi stated in his introductory remarks.

On that occasion, the President also warmly welcomed the state visit of President Marcos Jr. and expressed his belief that the visit will strengthen relations between the two countries.

“It is an honor for me to receive His Excellency’s first overseas visit. The visit confirms bilateral relations between the two countries under your presidency. I believe the relations between Indonesia and the Philippines are getting closer,” he said, while extending condolences for the passing of the 12th Philippines President Fidel Ramos last July.

During the bilateral meeting, President Marcos Jr. pointed out that he considered Indonesia to be his first overseas visit for several reasons, including closeness in terms of geographical location, culture, and ethnicity.

“The significance that I chose Indonesia, Jakarta, to be the first visit of my presidency because of not only our geographic proximity, but also our cultureand ethnicity similarity. I think we are going to build a strong partnership as we slowly come out of the pandemic economy,” President Marcos Jr. stated.

The President of the Philippines also expressed his gratitude to President Jokowi and the Indonesian Government for the invitation and warm welcome he received.

“Although it is the first time I visited Jakarta, we look around and it feels like home. Only because you are so warm, you have welcomed us so warmly,” he further said.

President Marcos Jr. also expressed appreciation for a long-standing partnership between the two countries as Indonesia and the Philippines will celebrate 75 years of partnership in 2024.

“We thank you once again for the openness that you have warmly received us and the willingness you have shown to strengthen the Philippines-Indonesia relations, which is in line with our hope and it is what we are going to be working for,” President Marcos Jr. conclusively remarked. (FID/UN) (RIF/HD)