President Jokowi Promotes E-System Use to Speed up Stunting Handling 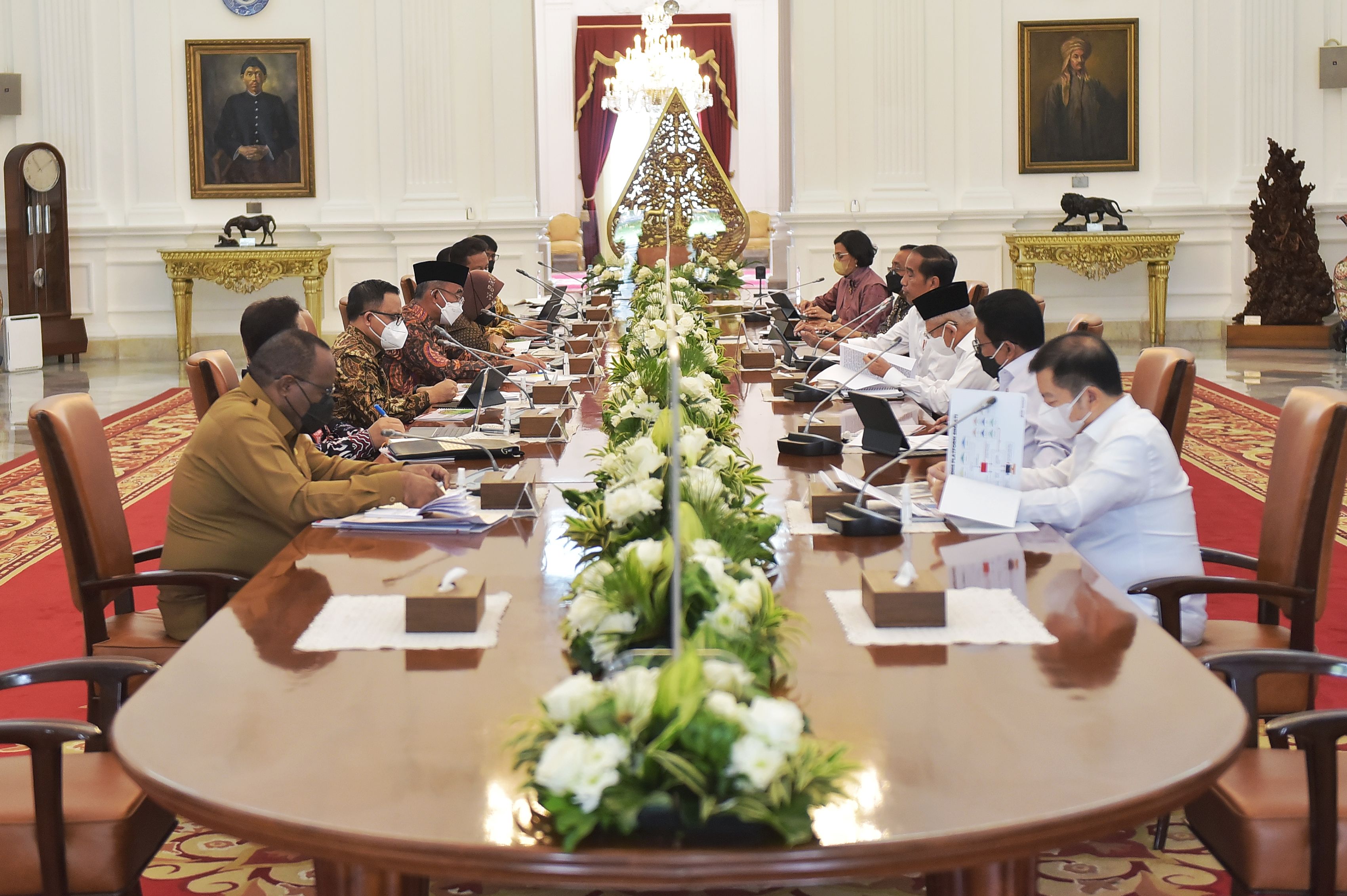 President Joko “Jokowi” Widodo chaired a Cabinet Limited Meeting on Acceleration of Stunting Handling through Electronic-based Governance System (SPBE). In the meeting, President Jokowi gave instruction to the related ministries under the Vice President coordination, Coordinating Minister for Human Development and Cultural Affairs, and the National Population and Family Planning Board (BKKBN) to promote the implementation of SPBE in order to speed up stunting handling in the regions with a high prevalence of stunting.

It was stated by Minister of Health Budi Gunadi Sadikin in the press statement with Regent of Sumedang regency, Dony Ahmad Munir and President Director of Telkomsel Hendri Mulya Syam, after attending the limited meeting, Monday (01/02), at Presidential Office, Jakarta.

“Particularly on stunting issue, the President suggested to select 20, 30, or up to 50 regencies/cities which already have good SPBE rate and also have a high stunting rate, so they can replicate the measures taken by Sumedang regency, under coordination of the Vice President, Coordinating Minister for Human Development and Cultural Affairs, and Head of BKKBN,” the Minister stated.

Minister of Health explained that in the meeting, President Jokowi gave an opportunity to Regent of Sumedang Dony Ahmad Munir to recount the successful experience of Sumedang regency in speeding up stunting reduction by using SPBE as the data base. Sumedang is also one of regencies that have a high rate of SPBE implementation.

“In addition to establishing a good electronic-based governance system, Regent of Sumedang has also successfully orchestrated the personnel, business process, and electronic data system, so other government programs, such as poverty eradication and issuance of permits, can be improved much better,” Minister of Health explained.

The Minister also mentioned that the Head of State has specially requested the Regent of Sumedang to share the experience of using SPBE in improving stunting handling to other regional leaders.

“It will help regents and mayors in the areas with the high prevalence of stunting and adequate rate of SPBE to replicate his successful experience,” he commented.

The Minister also added that the electronic system used for improving stunting handling program in Sumedang has been supported by state-owned telecommunication operator Telkomsel that is integrated starting from integrated health posts, community health centers, health offices, to regional planning and development agency.

“We want to replicate the integrated ecosystem which has been well-orchestrated by the Regent, and the President Director of Telkomsel agrees to support and provide the application in early 2023 for other regencies/cities that need it,” the Minister assured.

Not only for stunting handling, Minister of Health mentioned that President Jokowi encouraged the use of SPBE application in other government programs, in coordination with Ministry of  State Apparatus Empowerment and Bureaucratic Reform (PANRB).

“The President has given direction to ensure that all regencies/cities implement electronic-based governance system, in coordination with Ministry of PANRB,” the Minister asserted.

Meanwhile, President Director of Telkomsel explained that to support stunting handling program conducted by the Government, the enterprise has built a platform called Simpati. Hendri emphasized that the prototype system adopted in Sumedang regency also can be implemented in other regencies/cities.

“Hopefully, this collaboration can be done continuously and surely, Telkomsel as part of the state-owned enterprises will continuoe to support cooperation programs with the governments in regencies or cities that will give impacts on people’s welfare, such as stunting eradication,” Hendri remarked. (MAY/RF/UN)(AW/HD/MUR)