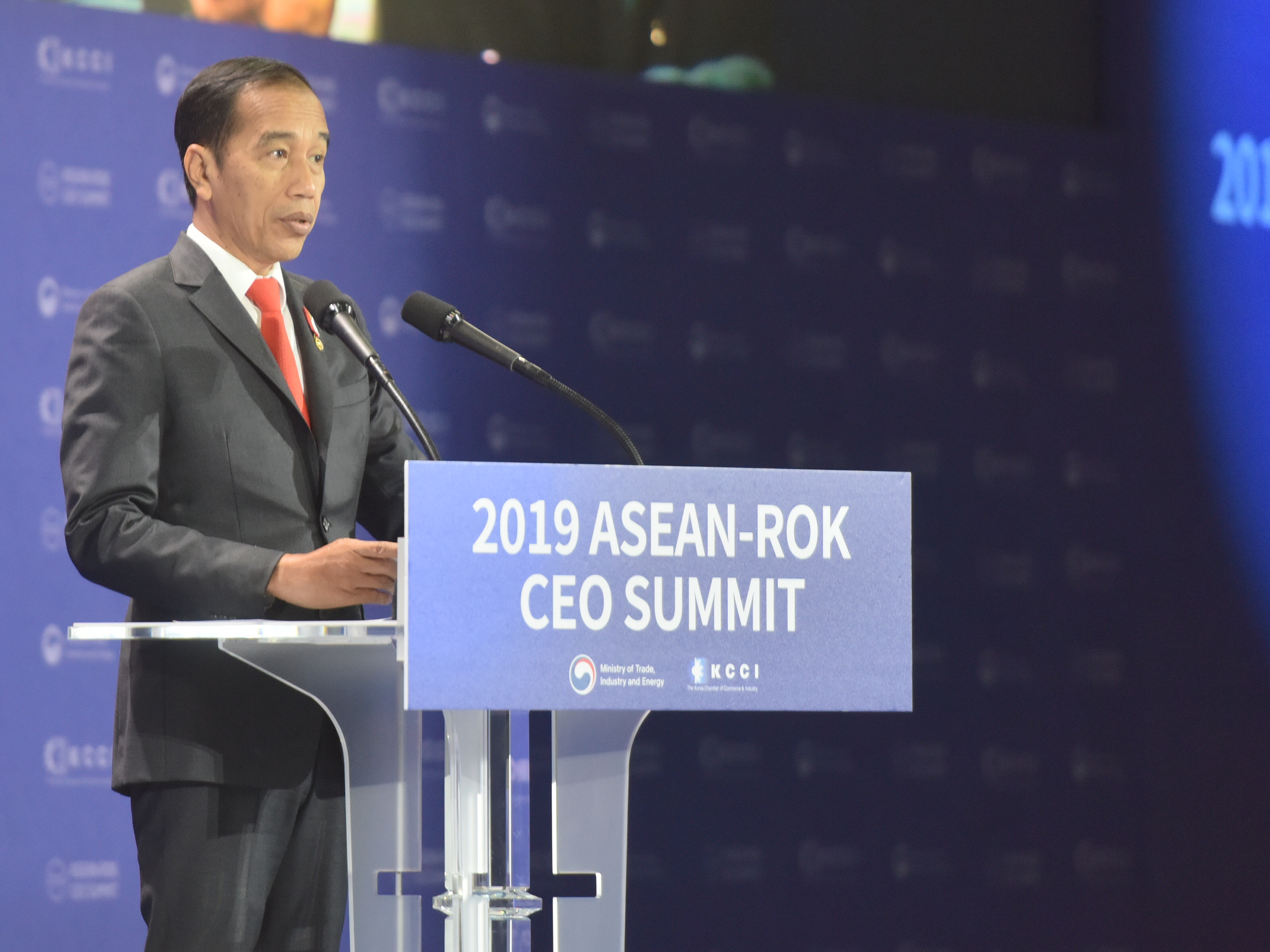 “We must avoid it together and if it happens, all developed countries, (countries) with emerging economies, especially developing countries, the business world will also suffer huge losses,” President Jokowi said at the  2019 ASEAN-RoK CEO Summit, in Busan, South Korea, Monday (25/11).

The President stated that the first step is to realize quality infrastructure development.

“Infrastructure must be built on a massive scale. Infrastructure development will encourage economic growth through the creation of new economic centers, including in remote areas,” the President said.

In Indonesia, President Jokowi added, infrastructure also serves to unify the nation due to its geographical template. For the past 5 years, Indonesia has continued to build infrastructure and will continue to do so in the second period of his administration.

To attract the investment, the President stated, Indonesia will soon revise 74 laws that discourage investment by implementing the omnibus law.

“The point is to simplify access to investment in the country and ASEAN,” President Jokowi stated.

The second step is to improve the quality of human resources.

The President said that human resources are the key to the economic leap in a country. Therefore, revitalizing education in order to create a link and match between education and the employment needed becomes a necessity.

“Human resources is also the key for a country to anticipate its economy in the future,” he said.

The future economy, according to the President, is an economy based on creative and digital industries. He considered that ASEAN and RoK have great potential in the creative industry. “Improving creative economic cooperation between ASEAN and South Korea will be a big leap for the region,” the President said, adding that he also invites Korean business players to support the growth and development of startups in Indonesia.

The last step is to promote the development of renewable energy.

The President urged ASEAN and South Korea to champion the development of renewable energy in the region. He also said that Indonesia has set an obligation to use biodiesel blends of 20% (B20).

“Next year, we will meet the obligation to use biodiesel blends of 30% or B30,” President Jokowi stated.

Moreover, Indonesia will also develop hydroelectricity. The use of hydropower plants in the Indonesian industry, according to him, will produce low emission.

President Jokowi also stated that the challenges will not be getting lighter. The courage to take a major breakthrough in the age of disruption is the only option for the countries to be a winner. “I invite ASEAN and Korean businessmen to take this option,” the President concluded. (EN/DNS/ES)