President Jokowi: Promotion of Anti-corruption Movement Must be Encouraged 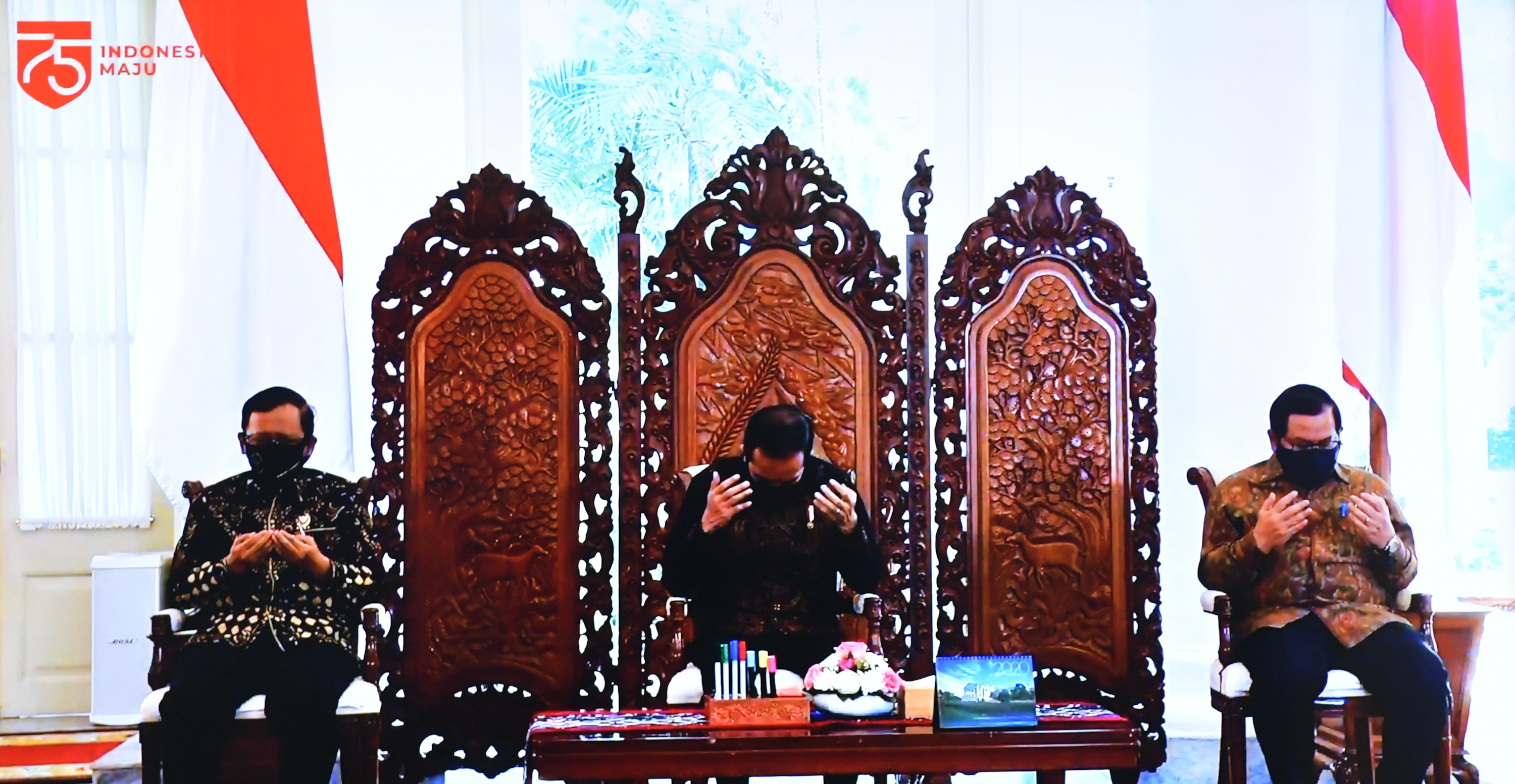 President Jokowi prays during the National Action on Corruption Prevention at the Bogor Presidential Palace, West Java Province, on Wednesday (26/8). (Photo by: PR/Teguh)

President Joko “Jokowi” Widodo urged the promotion of anti-corruption cultural movement and emphasized that the people must understand the menace of corruption and gratification.

“Anti-corruption and propriety must be instilled in the culture,” President Jokowi stated during the National Action on Corruption Prevention at the Bogor Presidential Palace, West Java Province, on Wednesday (26/8).

Therefore, the President invited all components of the nation to become an important part of this anti-corruption cultural movement. “Religious figures, cultural figures, community leaders, and educators of religious and artistic education institutions are very important parts of this effort,” said the President.

With all of their exemplary, improved regulations and bureaucratic reform, the President expressed the belief that the public will welcome this anti-corruption cultural movement. He would also continue to follow this action to prevent corruption from time to time

“The implementation of the three big agendas that I mentioned earlier, we should jointly carry out the vision and align steps to build an effective, efficient, and innovative government that is free from corruption,” the President concluded. (TGH/EN)