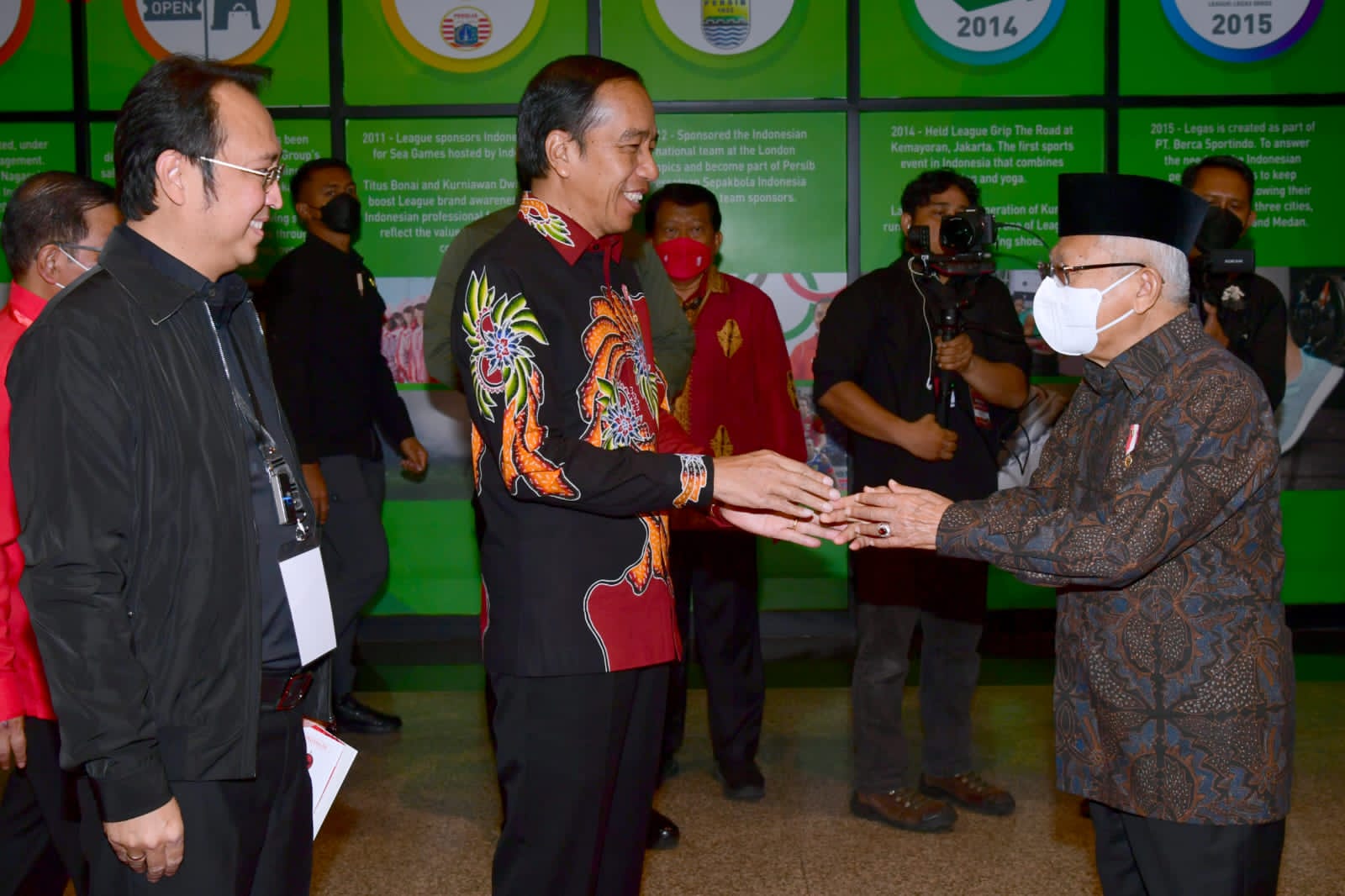 President Jokowi and Vice President Ma’ruf Amin attend the Commemoration of the 50th Anniversary of the Indonesian Democratic Party of Struggle (PDI-P) at the Jakarta International Expo (JIEXPO) in Kemayoran, Jakarta, Tuesday (01/10). (Photo by: BPMI of Presidential Secretariat/Muchlis Jr)

On that occasion, the President pushed for an integrated industrial ecosystem to increase added value of available resources for the country’s bright future.

“In the future, our big work is to develop a large system so raw minerals including nickel, bauxite, copper, and tin can be integrated. That way, raw minerals can be easily converted into finished or semi-finished goods that provide higher added value, especially job opportunities,” the President said.

The President also revealed that the ban on nickel ore exports that took effect on January 1, 2020, has shown positive impacts on Indonesia’s total export value of nickel.

“We used to export raw nickel ore back then and the value stood at Rp17 trillion per year. After we stopped exporting it, the value skyrocketed to around Rp360 trillion in a year,” he said, adding that the Government will also carry out downstream industrialization of bauxite.

“In December, we announced that the Government stops exporting bauxite ore starting in June 2023 because we will industrialize and downstream it domestically. I am not sure yet about the value. It may increase from Rp20 trillion to Rp60 trillion or Rp70 trillion,” he added.

In addition, the Head of State also expressed belief that integration efforts can be realized despite different mine locations. Therefore, an integrated industrial ecosystem will be created, one of which is the electric vehicle (EV) industry.

“Everything must be integrated with the hopes of becoming an ecosystem for EVs for a bright future since all countries’ markets show demand for electric cars. However, the electric battery will be the first stage,” he said, while expressing belief that the ecosystem of EV industry will provide a large jump in added value.

“Once an electric battery ecosystem and an electric car ecosystem has been built, it will add value hundreds of folds,” the President remarked. (MAY/UN) (RIF/EP)