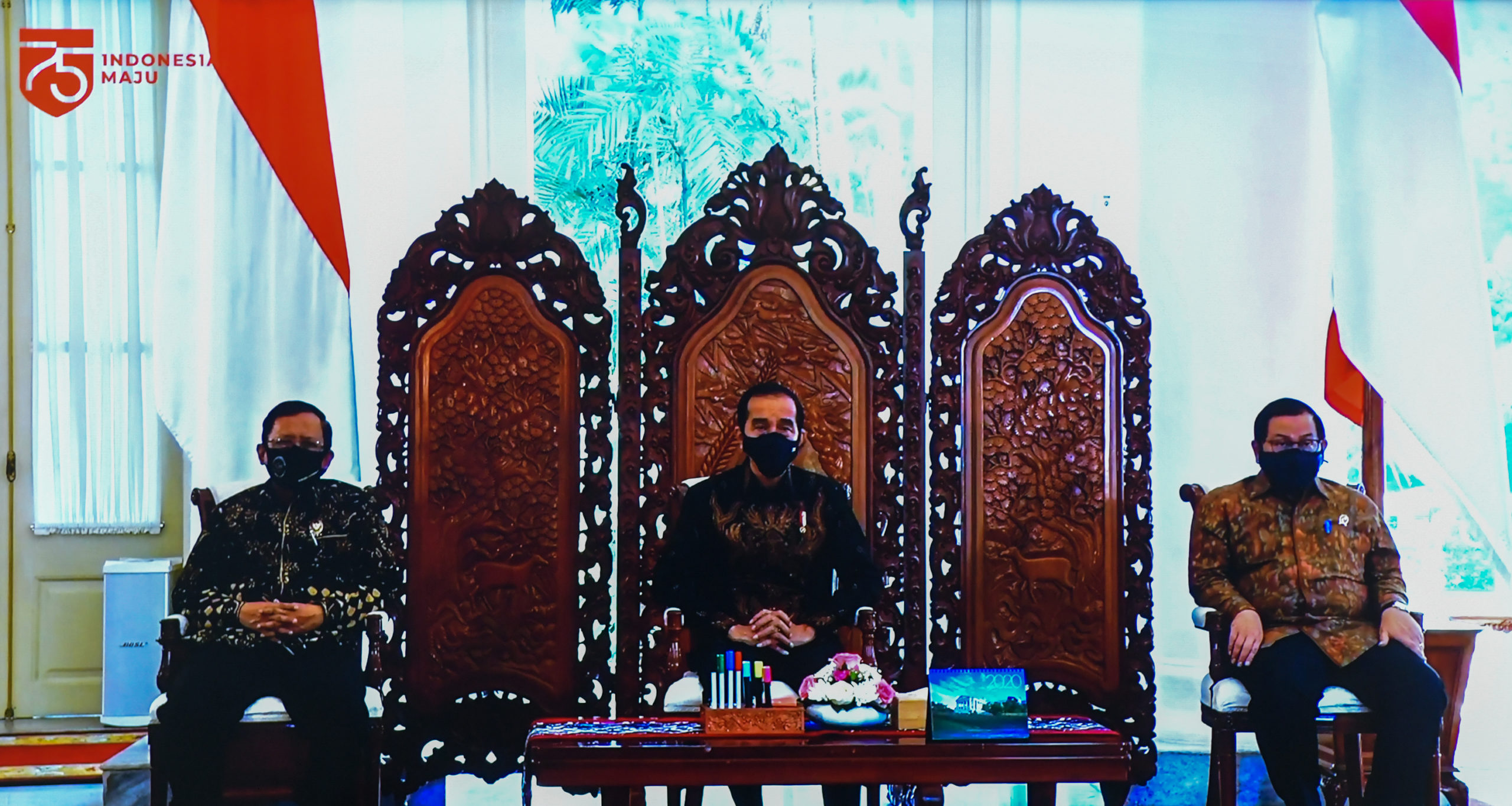 Health and economic crises caused by the COVID-19 pandemic are a catalyst to make comprehensive improvement and to build an efficient, good, fast, productive, and accountable governance free from corruption, President Joko “Jokowi” Widodo has said.

“Those are two things that are equally important and cannot be exchanged. Fast and appropriate steps must not neglect transparency and accountability. Both must be carried out simultaneously and strengthen each other,” he said in his remarks at the virtual National Action on Corruption Prevention, at the Bogor Presidential Palace, West Java Province, Wednesday (26/8).

The President also pointed out that this is no easy task; yet, it serves as a challenge that must be resolved, formulated, and concrete and consistent measures must also be enforced from time to time.

National regulations, the President continued, must continue to be addressed, particularly those that are overlapping, unclear, that do not provide legal certainty, as well as those which create convoluted procedures and discourage officials and bureaucracies from carrying out execution or making innovation.

“This is what we must remodel and simplify,” he said, adding that a tradition is being started, namely by issuing an omnibus law.

“It is one single law that synchronizes dozens of laws simultaneously so it can provide legal certainty and encourage work speed and innovation which is accountable and corruption-free,” he said.

The Head of State also said the Government will continue to synchronize regulations in a sustainable manner and if anyone finds any regulations that are out of sync and not in accordance with the current context, one can provide input to the President.

“I remind you all that law enforcement and supervisory officials and I have said this many times. Never use this asynchronous law, which is not synchronous yet to frighten the Executives, businessmen, and the public,” he said.

Misuse of regulations to frighten and blackmail, according to the President, has endangered national development agenda, adding that such condition has made work rhythm become slow and stagnate.

To that end, the Head of State stressed that law enforcement and supervisory officials who commit such things are enemy of all and enemy of the state.  “I have zero tolerance for anyone who commits such violation,” he said.

The President also expressed highest appreciation to the Corruption Eradication Commission (KPK) for leading the National Action on Prevention Corruption. “Firm actions will be imposed against perpetrators of corruption indiscriminately,” he said. (TGH/EN)