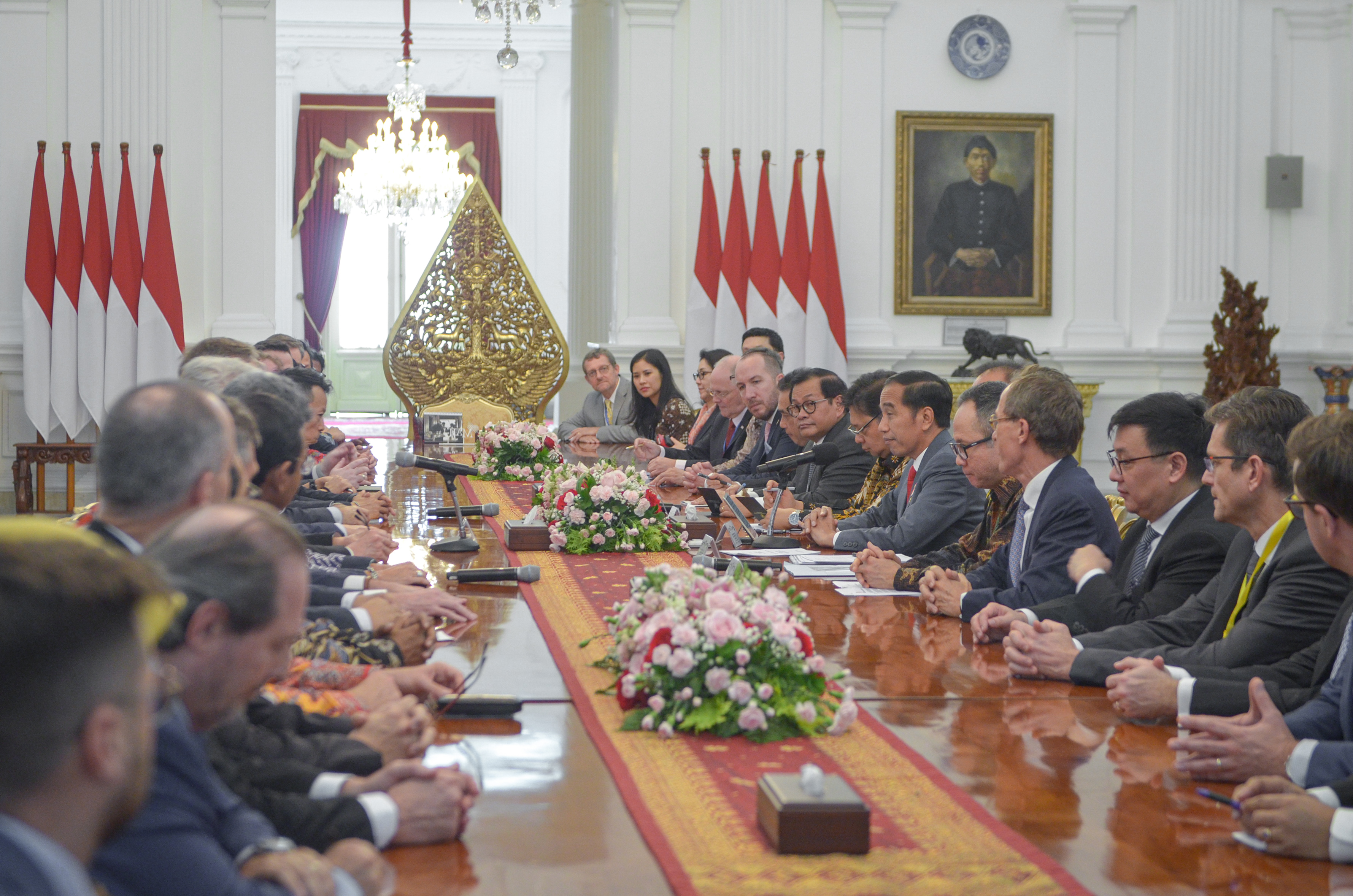 In his remarks, President Jokowi said that relations between Indonesia and the European Union had been going well so far. Both parties have the same position on many global issues and both parties respect international values ​​and principles.

On that occasion, the President also expressed concern over European Union and European Companies policy on Indonesian palm oil.

“The EU does not pay proper attention to the data and information that we provide,” President Jokowi said, adding that palm oil issues will be part of negotiations for a comprehensive Indonesia-EU economic partnership agreement.

“The ASEAN and the EU have agreed to establish a palm oil working group. I hope that the working group can contribute to solving the palm oil problem,” the President added.

President Jokowi also said that he had just returned from South Korea to attend the ASEAN-Korea Summit and a bilateral meeting with the President of South Korea, Moon Jae-in. The aforementioned meetings mainly focus on business and investment.

“Through discussions with investors, we know that there is a good opportunity to strengthen ASEAN partnerships,” President Jokowi said.

President Jokowi went on to say that the ASEAN economic growth is currently in a far better condition than the average of global economic growth. Quoting Managing Director of the International Monetary Fund (IMF) Kristalina Georgieva, President Jokowi said that ASEAN is “a bright spot in the world economy”. As developed countries face an aging society, he added, ASEAN enjoys demographic dividends.

“When several developed countries choose protectionism, ASEAN continues to open up its economy. The ASEAN economy will continue to grow as long as we maintain the peace in the region, as what we did during the past 52 years. Partnership with ASEAN will be beneficial,” the President explained.

President Jokowi further said that investors from European countries, including those from the European Union (EU), are expected to share the same view.