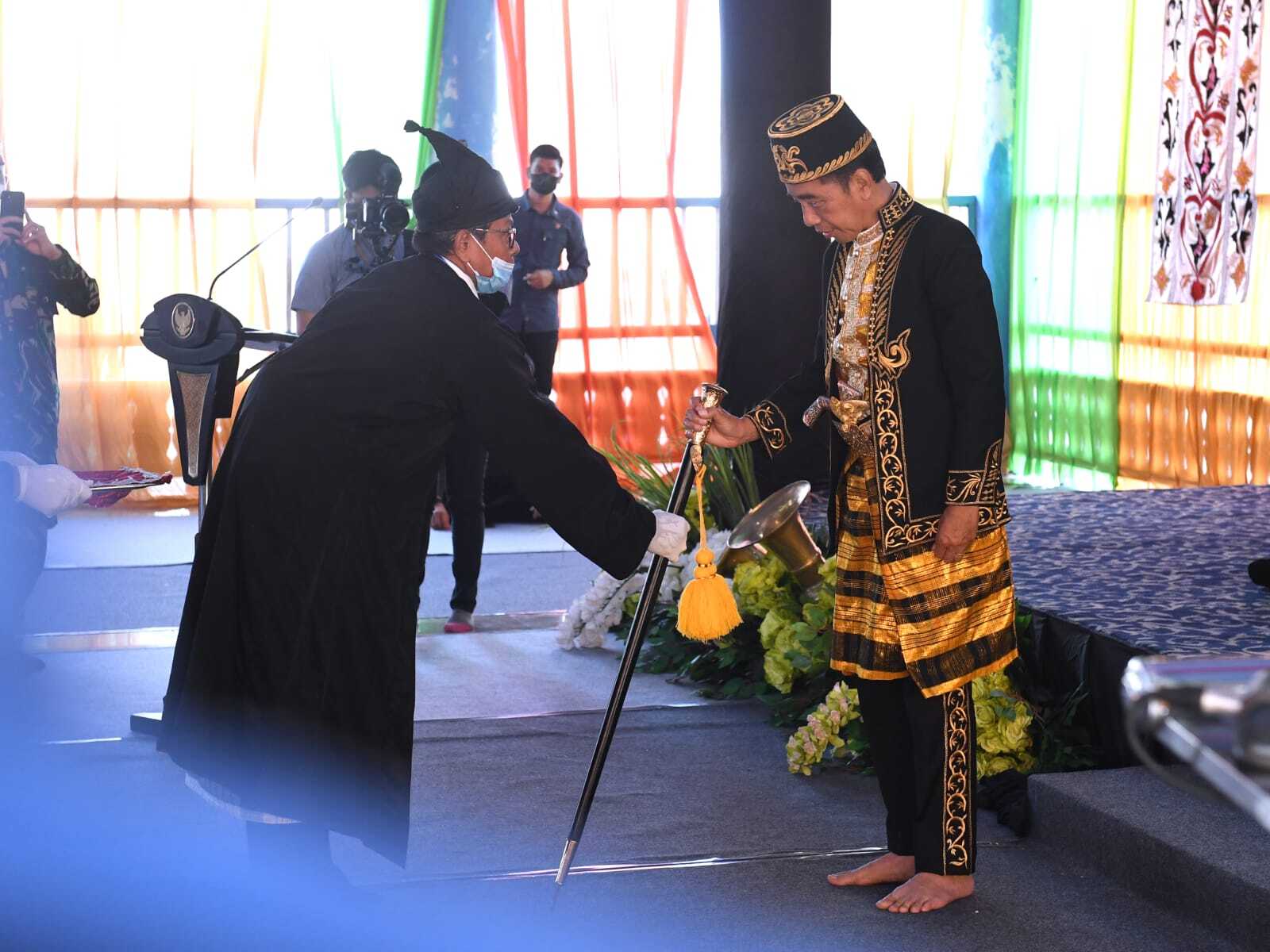 “The title means a man who has noble attitudes and behavior; who is humble, polite, wise, honest and fair; who is responsible; sets an example and becomes role model; and has a high commitment to the welfare and prosperity of all people in the archipelago (Indonesia),” said La Ode Muhamad Arsal.

“With the conferment of this title, Mr. La Ode Muhammad Joko Widodo Lakina Bhawaangi yi Nusantara has been officially bestowed as a relative and the elder in the former Buton Sultanate area,” he continued.

“Hopefully La Ode Joko Widodo always maintains the dignity of the former Buton Sultanate in the country or wherever he is,” he remarked.

During the ceremony, the President wore traditional dress of the Sultanate of Buton which was predominantly black.

Meanwhile, in his remarks, the President expressed his utmost appreciation to the Sultan of Buton La Ode Muhammad Izat Manarfa for the title he received.

“I would like to express my deepest gratitude to His Majesty the Sultan of Buton, Mr. La Ode Muhammad Izat Manarfa and all the ranks of the traditional institutions of the Sultanate of Buton who have bestowed the title on me, namely La Ode Muhammad Lakina Bhawaangi yi Nusantara,” the President stated. (BPMI/AIT) (EST/HD/MMB)