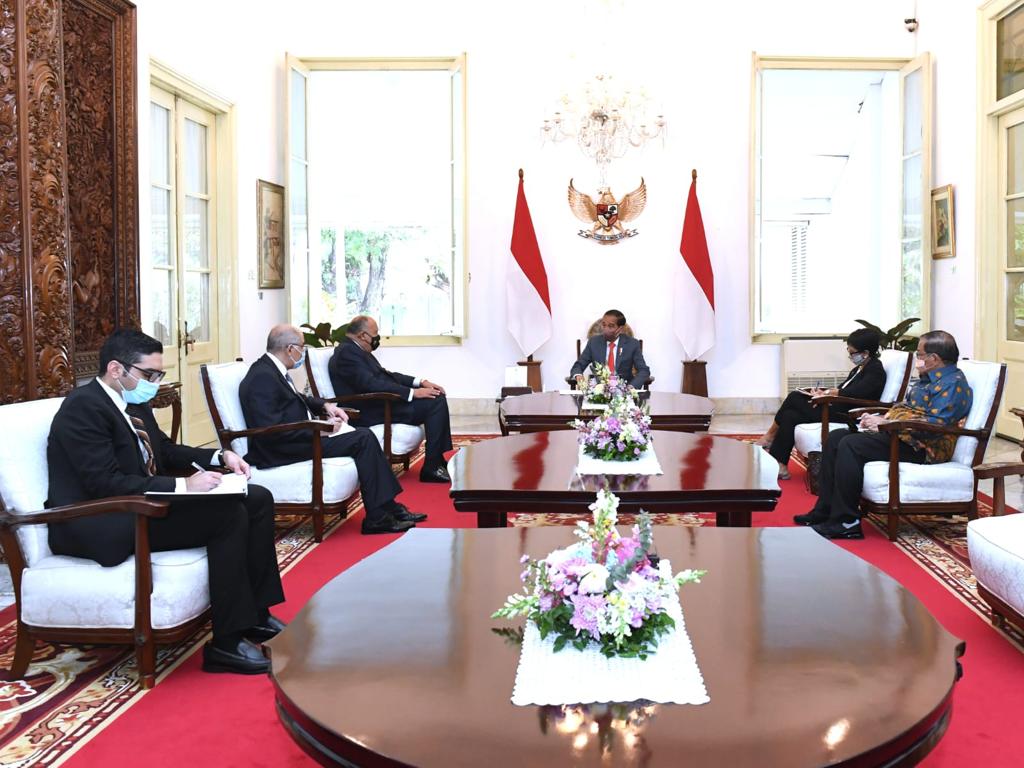 “The Egyptian Foreign Minister conveyed an invitation letter from President El-Sisi to the President to attend the COP27 meeting which will be held in Egypt in November this year,” Minister of Foreign Affairs Retno Marsudi said in her statement after accompanying President Jokowi during the meeting.

In addition, President Jokowi and the Egyptian delegation discussed a number of things, including efforts to increase economic cooperation, such as in trade and investment. In the trade sector, Retno said that the figures were quite good amid the pandemic last year. For example, the trade between the two countries increased by 57.6 percent and reached US$1.86 billion.

“With the increasing trend, we believe that in the future we will continue to increase trade cooperation. Earlier, the President also stated the importance of both parties to continue working together to increase investment in both countries,” she said.

Furthermore, President Jokowi also said matters related to cooperation in the education sector.  The President entrusted the Egyptian government with a large number of Indonesian students studying in the country.

“Mr. President, in particular, requested wider access for the students including in health services,” she added.

“After this, I will hold a bilateral meeting to discuss in more detail the President’s directives,” the Minister said. (BPMI of Presidential Secretariat/AIT) (FI/LW)