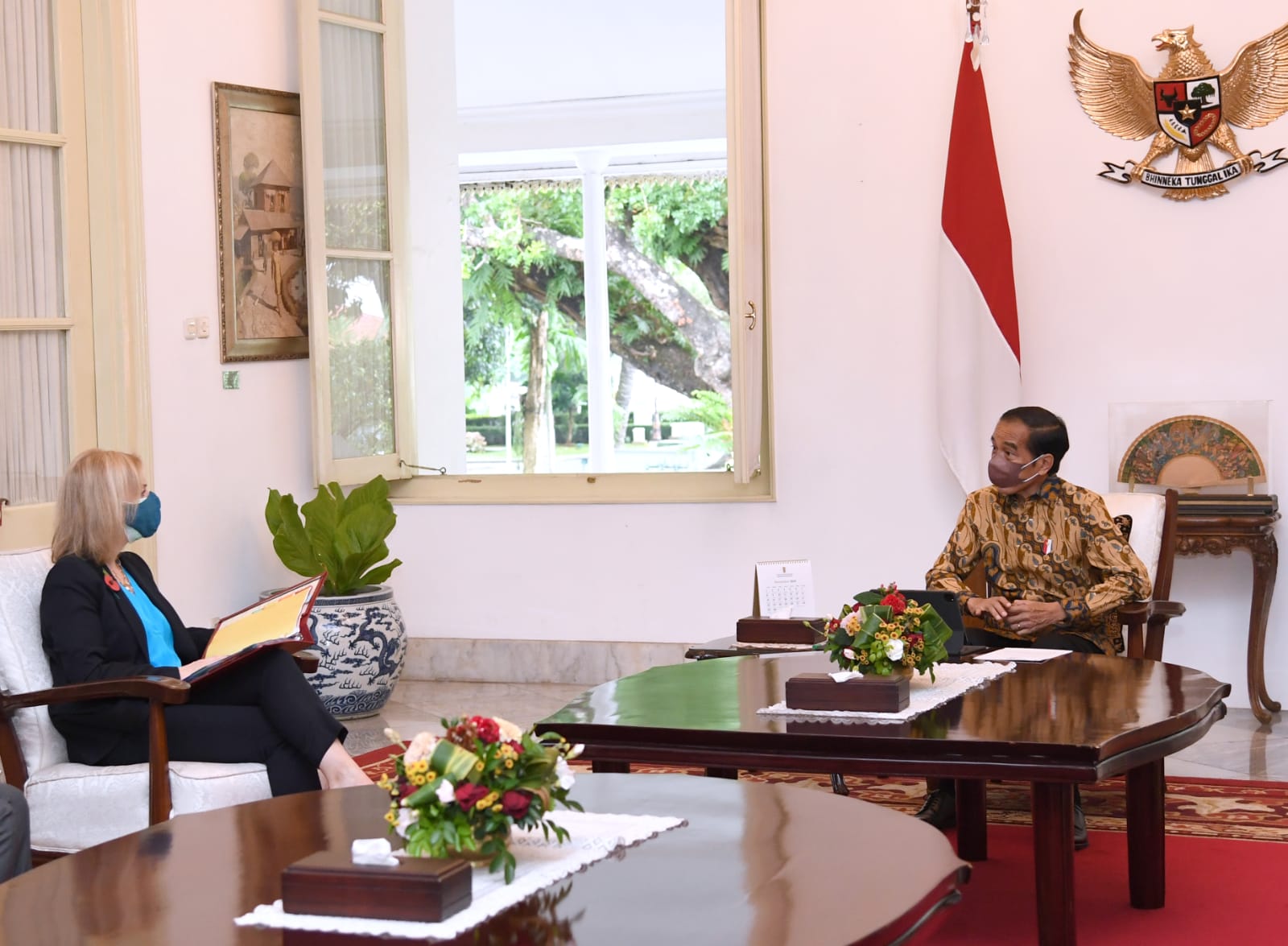 During the meeting, both figures discussed the strategic economic cooperation as a follow-up to President Jokowi’s previous meeting with Prime Minister of the UK Boris Johnson.

President Jokowi and the Foreign Minister then discussed the joint investment between Indonesia and the UK in the development of cathode production in the UK to meet the demand for lithium batteries in the UK and Europe.

“Indonesia will provide the necessary precursors from factories in Indonesia which were built by our joint investment,” he continued.

Afterwards, the two figures talked on closer cooperation related to vaccines and biotechnology. So far, Indonesia has communicated with Oxford University to send more students and researchers.

According to President Jokowi, the pandemic has given the lesson of the importance of building more hubs for vaccines, medicines, and medical equipment. The President also emphasized that Indonesia is ready to become a hub for the region.

“Please share these priorities with PM Johnson. Indonesia will send a team to the UK to immediately follow up on these. Furthermore, the UK’s support for the Indonesian G20 presidency will be highly appreciated,” he explained.

In addition, President Jokowi also congratulated on the success of the COP26 Summit held in Glasgow on 1-2 November 2021. According to him, the meeting with PM Boris Johnson on the sidelines of the summit also went well.

He went on to say that Indonesia was pleased to be able to support Britain as a dialogue partner for ASEAN. “I hope the ASEAN-UK partnership will strengthen our cooperation based on mutual respect and mutual benefit,” he said.

Meanwhile, a press statement released by the British Government Thursday (11/11) stated that Foreign Minister Elizabeth Truss sees Indonesia as a major partner for Global Britain, as the fourth largest country in the world with population of around 272 million people. Indonesia is also expected to increase its GDP more than fivefold by 532 percent between 2020 and 2050, as estimated by The Economist Intelligence Unit.

“Deeper ties with Indonesia – as the fourth largest country in the world in terms of population and current and future economic strength – will help secure a successful future for the UK for the sake of our people,” said Truss. (BPMI SETPRES/AIT) (EST/LW)