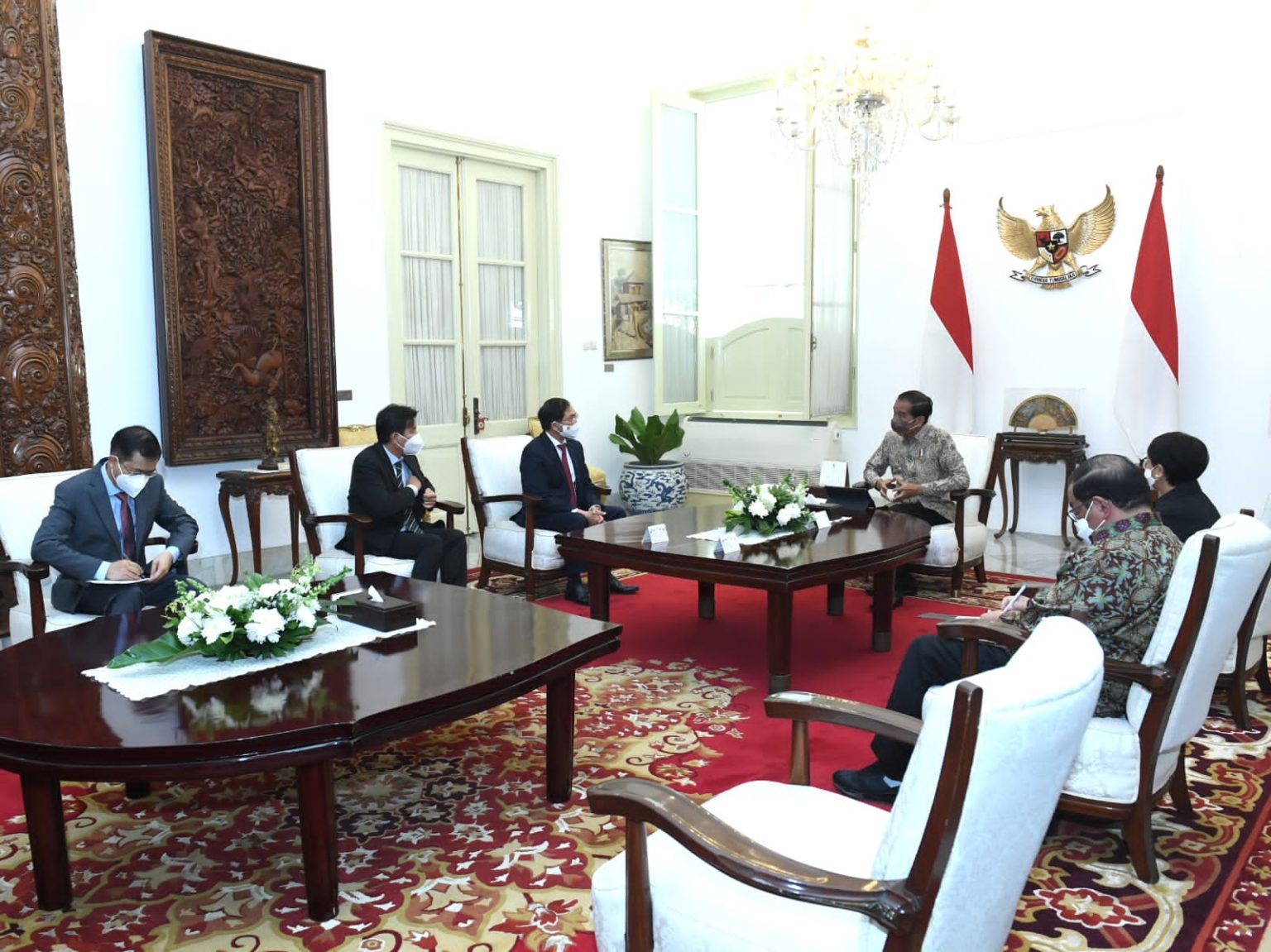 On that occasion, President Jokowi gave three directives to Indonesian Minister of Foreign Affairs Retno Marsudi before having a commission meeting with her counterpart.

“First, in the trade sector. Based on the trend, trade between the two countries continues to increase. We have exceeded the target of US$10 billion. Therefore, the President said that it is important for both countries to set a new target for the next few years. We will discuss the matter later at the meeting of the two foreign ministers,” Retno said.

Regarding investment sector, Retno revealed that Indonesia’s investment in Vietnam is quite large and it has reached more than US$600 million. In the meeting, President Jokowi expressed hope that Indonesian investors in Vietnam will receive equal and fair treatment.

“By creating conducive conditions for investors, the investment of both countries will continue to increase,” Retno added.

Regarding negotiation on the exclusive economic zone (EEZ) boundary between the two countries, Retno said that the President highlighted the importance of the technical team of negotiators to speed up the negotiation.

During the meeting, Vietnamese Minister of Foreign Affairs also praised Indonesia’s leadership in the G20 and applauded Indonesia’s best efforts to handle COVID-19.