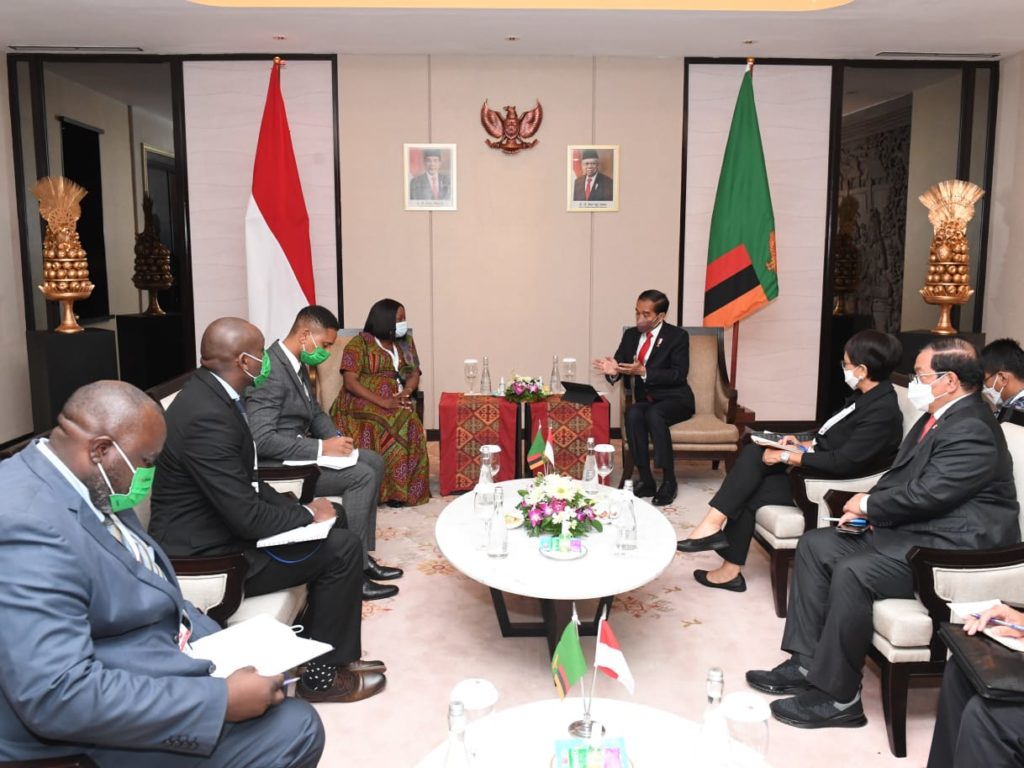 During the meeting, the President discussed measures to strengthen economic cooperation between Indonesia and Zambia.

“The President expressed hope that Indonesia’s exports including CPO, paper, and especially ready-to-wear clothing to Zambia can continue to be increased,” Minister of Foreign Affairs Retno Marsudi said in her statement after the meeting.

“In addition, there is also an Indonesian state-owned enterprise studying cooperation in the context of expanding and modernizing Lusaka International Airport terminals,” Retno said, adding that the President also mentioned a plan to create a joint venture in the renewable energy sector between Indonesian state-owned enterprises and Zambia for development and management of solar power plants.

“The President also expressed hope to allow Indonesian pharmaceutical companies to contribute to strengthening the health care sector in Zambia, especially and particularly in providing adequate supplies of vaccines needed in Zambia,” she said.

Meanwhile, the Zambian VP expressed appreciation for the way Indonesia manages COVID-19, which was also stated in the remarks of President of the General Assembly of the UN and Deputy Secretary General of the UN.

In addition, the Zambian VP also pointed out the importance of carrying out a joint commission meeting between Indonesia and Zambia while expressing hope that Indonesia can help improve capacities of sectors that Zambia require, namely disaster management and mining sectors.

“She also mentioned her wish to cooperate in capacity building as well as in agriculture,” she remarked. (BPMI of Presidential Secretariat/UN) (DH/MMB)