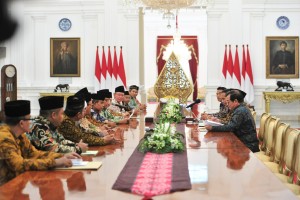 After introducing the organization leaders of the Association, Said Aqil Sirojwho is also the Chairman of Nahdlatul Ulama Executive Board (PBNU)said that he had long wanted to visit the President on behalf of the LPOI.