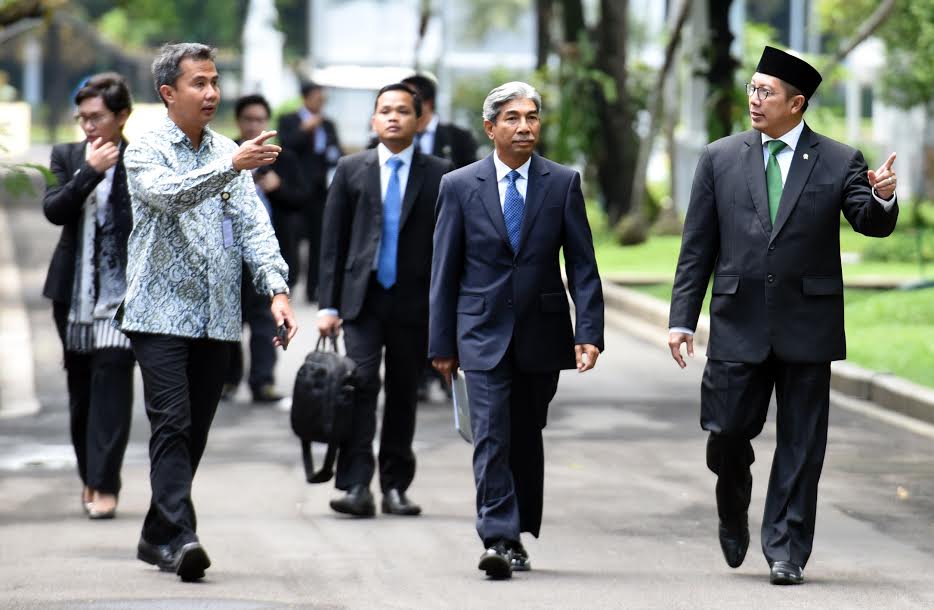 A meeting between Majlis Asy-Syura of Saudi Arabia led by its Chairman Dr. Abdullah bin Muhammad bin Ibrahim Al Sheikh and President Joko Jokowi Widodo on Thursday (16/2), at the Merdeka Palace, Jakarta, not only discussed King Salmans plan to visit Indonesia, but also about the relations between the two countries, Saudi Arabia and Indonesia.

President Jokowi stated that parliaments of both countries are encouraged to cooperate and support the efforts made by both governments to enhance their relations and cooperations, Deputy Foreign Affairs Minister Abdurrahman Mohammad (AM) Fachir told the reporters after accompanying President Jokowi when received Majlis Asy-Syura of Saudi Arabia.

The President particularly talked about a significant decline (36 percent) in trade and economic cooperation during 2014-2015, Fachir added.

According to Fachir, Dr. Abdullah asserted that Indonesia was not the only country to experience a sharp decline in trade volume particularly as the impact of decreasing oil prices, because almost all countries also experience it.

Considering Dr. Abdullah has paid a special attention on terrorism, President Jokowi encouraged the parliaments of both countries to cooperate in combating terrorism and promote a tolerant and peace Islam, that is rahmatan lil alamin (blessing for the whole world).

For the record, Dr. Abdullah is the author of Terrorism and How to Treat it.