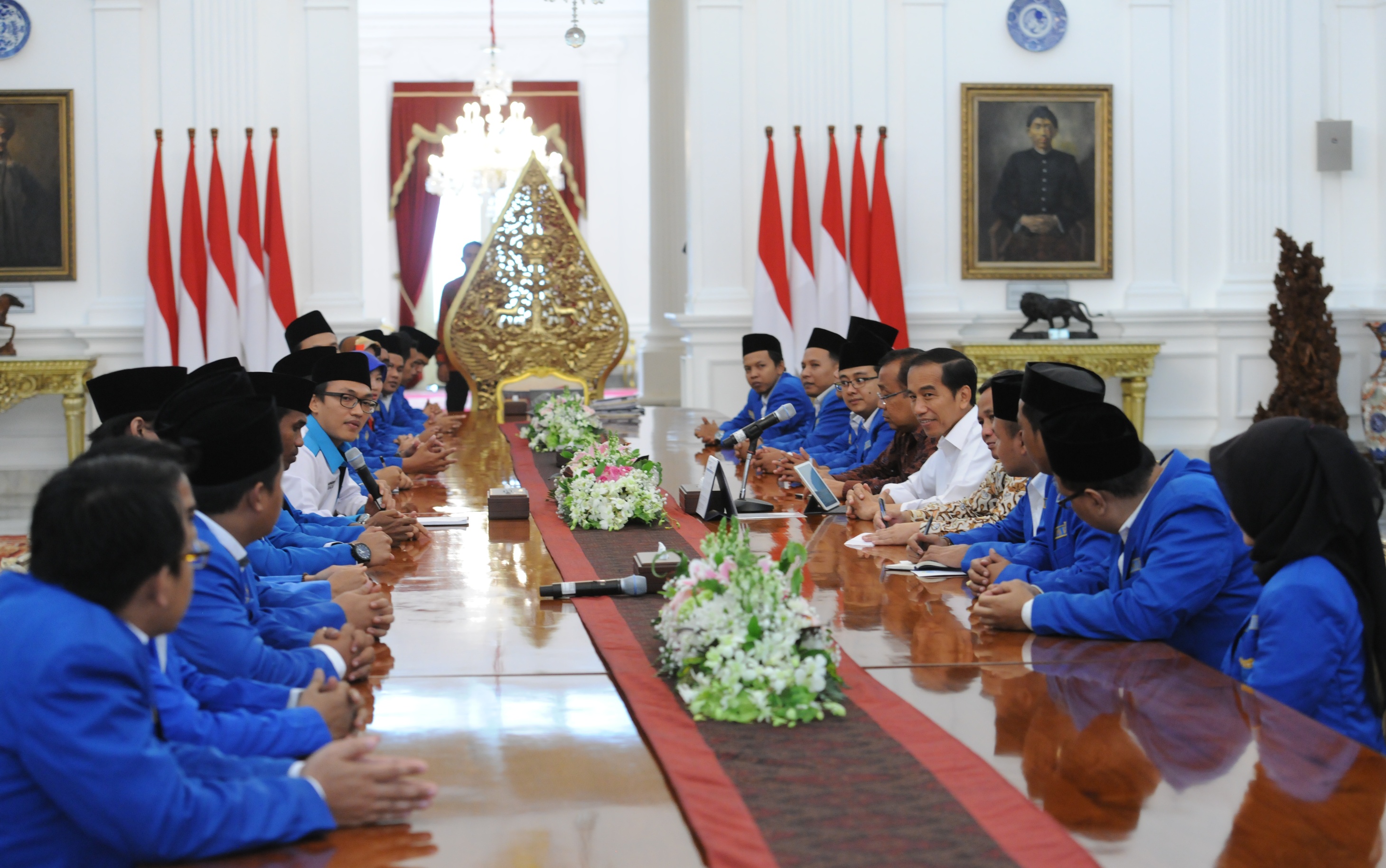 President Joko Jokowi Widodo expected Indonesian Muslims to give example to the international community that Islam is a religion of peace that highly upholds ethics and protects minority.The President hopes Indonesia could be a model of how Islam should be. Islam is a religion of peace, upholds good manners and ethics, as well as protects minority, said the Chairman of Executive Board of Indonesian Muslim Students Movement (PB PMII) Aminuddin Maruf, who, with other 25 people, were received by President Jokowi at the Merdeka Palace, Jakarta, on Friday (3/2) afternoon.

They came to invite the President to open the 19th Congress of PMII to be held in Palu, on 2 May 2017.

On that occasion, PB PMII also discussed a number of latest issues in Indonesia. The President also expressed his expectation to Indonesian Muslims, the students in particular, to work together with the Government to develop the Motherland.The President expected supports from various parties to overcome our backwardness from other countries. It is the Presidents concern, Aminuddin Maruf said.

On that occasion, the President was accompanied by Minister of State Secretary Pratikno.(FID/ES)(MMB/YM/Naster)