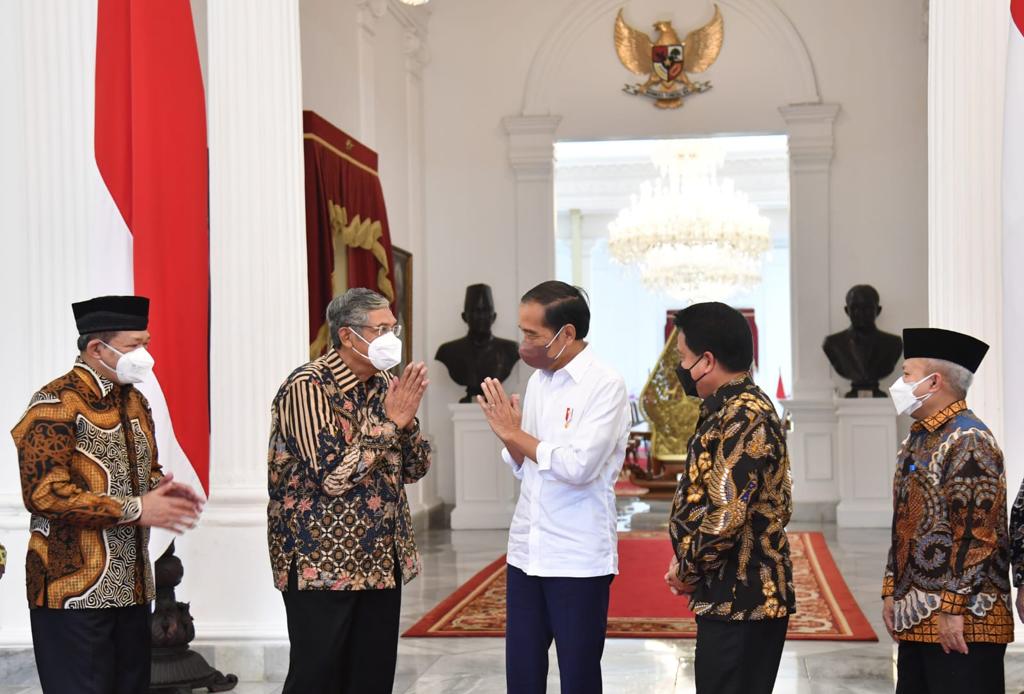 President Jokowi Monday (04/04) receives the Selection Committee for Candidate Members of the 2022-2027 BPKH’s Implementing Body and Supervisory Board at the Merdeka Palace, Jakarta. (Photo by: BPMI of Presidential Secretariat/Rusman)

In the near future, Mardiasmo said, the President will submit the names of the appointed member candidates, especially those of the Supervisory Board to Commission VIII of the House of Representatives for a fit and proper test.

During the meeting, President Jokowi also showed concern for the entire process of the selection such as the registration process, administrative selection, paper writing exam, psychological test, physical and spiritual health checks, and interview. According to Mardiasmo, the Selection Committee also considered suggestions and input from all elements of society.

“During the interview, we also considered input from the entire community as well as the track record results from the KPK (Corruption Eradication Commission), the Financial Transaction Report and Analysis Center (PPATK), and the National Counter-Terrorism Agency (BNPT),” he said. (BPMI of Presidential Secretariat/UN) (FI/LW)