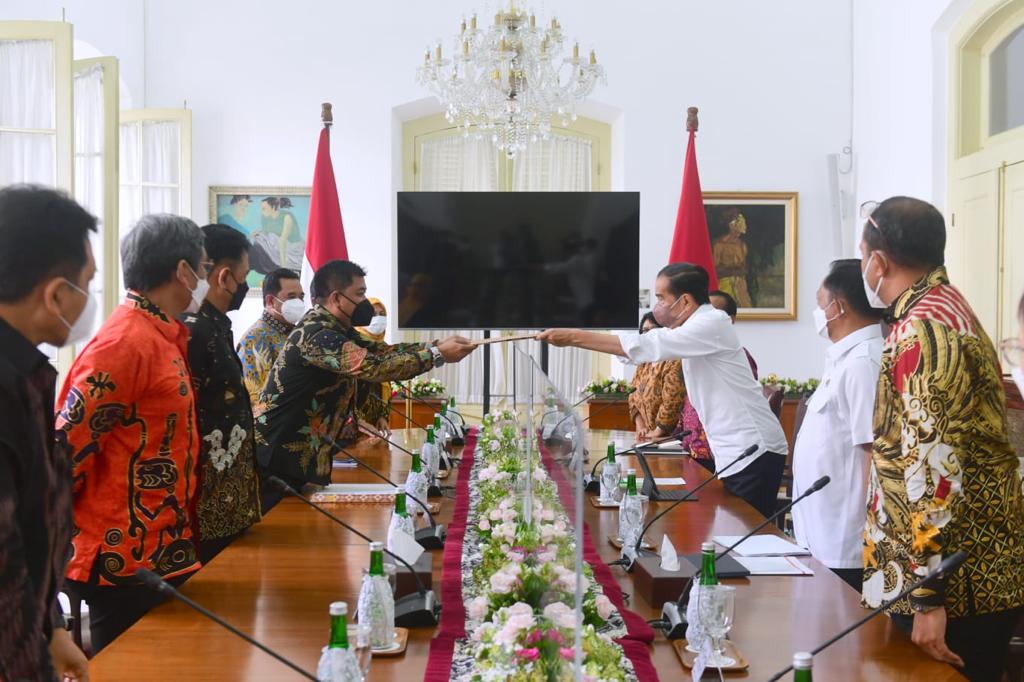 President Jokowi receives selection team for candidate members of KPU and Bawaslu for the period of 2022–2027, on Thursday (01/06), at Bogor Presidential Palace. (Photo by: Bureau of Press, Media, and Information Affairs of Presidential Secretariat/Muchlis Jr)

“We gave the report on the selection process that took three months starting from the vacancy announcement, enlistment process, administration selection, written test, psychology test, health test, interview, and then profiling or checking the track record of every prospect. We have submitted the names we decided through a plenary meeting of the selection team yesterday, on 5 January 2022,” Head of Selection Team, Juri Ardiantoro, said in his press statement after the meeting with the President.

The 14 candidate members of KPU consisting of 10 men and four women are as follows:

Furthermore, the 10 candidate members of Bawaslu consisting of seven men and three women are as follows:

“Those are the names that we have submitted to the President. Within 14 days, the President will submit it to the House of Representatives (DPR),” Juri stated.

During the meeting with the selection team, President Jokowi was accompanied by Minister of State Secretary Pratikno and Minister of Home Affairs Tito Karnavian. (Bureau of Press, Media, and Information Affairs of Presidential Secretariat/UN) (AW/MUR)