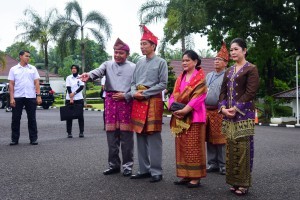 On that occasion, Governor of South Sumatra Herman Deru handed over the Adok Charter and Komering traditional language dictionary to the President.