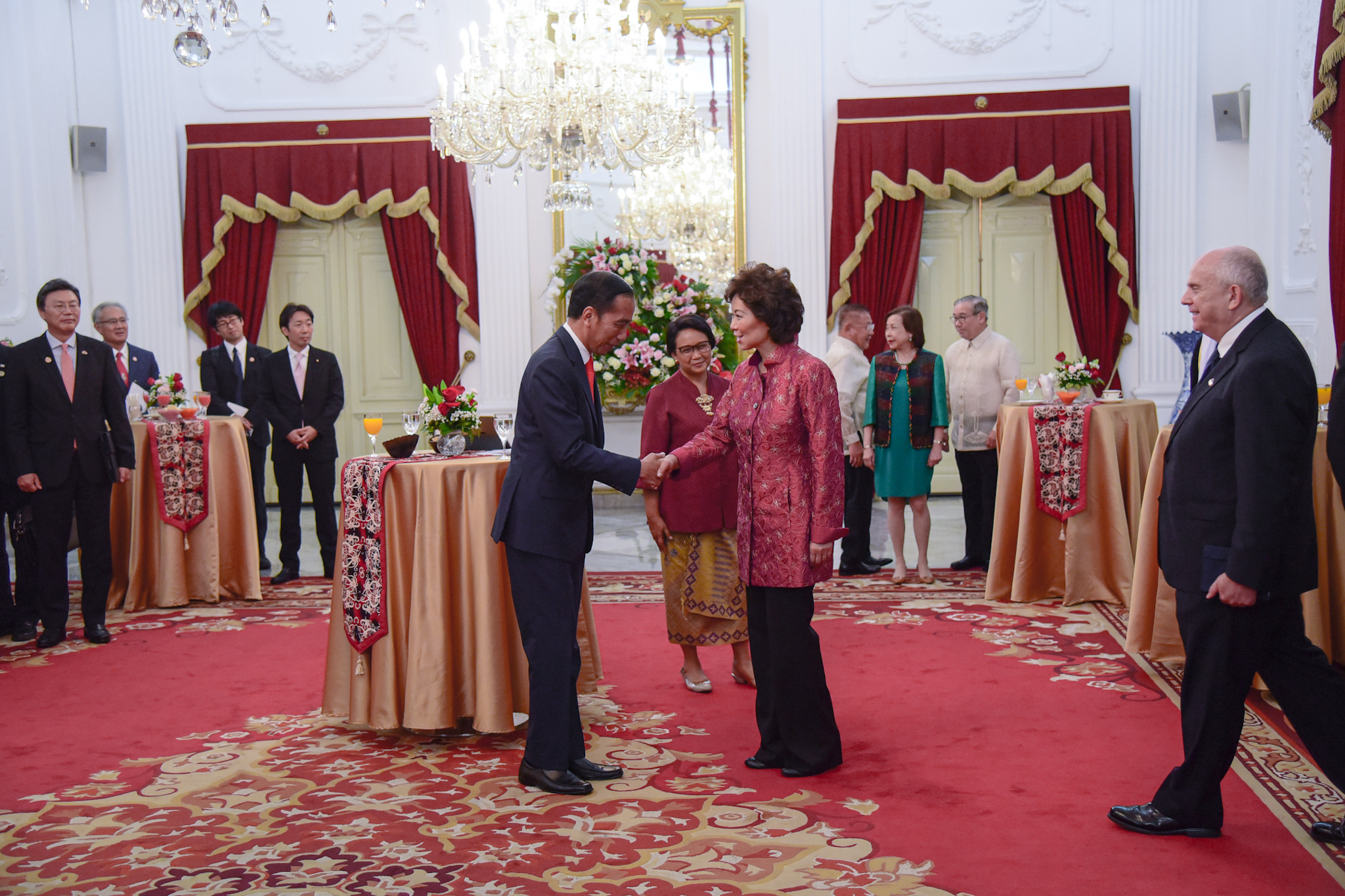 President Jokowi received the delegates in the Credentials Room and was accompanied by Minister of Foreign Affairs Retno Marsudi.

Those delegates previously attended the inauguration ceremony of the President and Vice President of the Republic of Indonesia for 2019-2024 term in the People’s Consultative Assembly (MPR) Building, Jakarta.