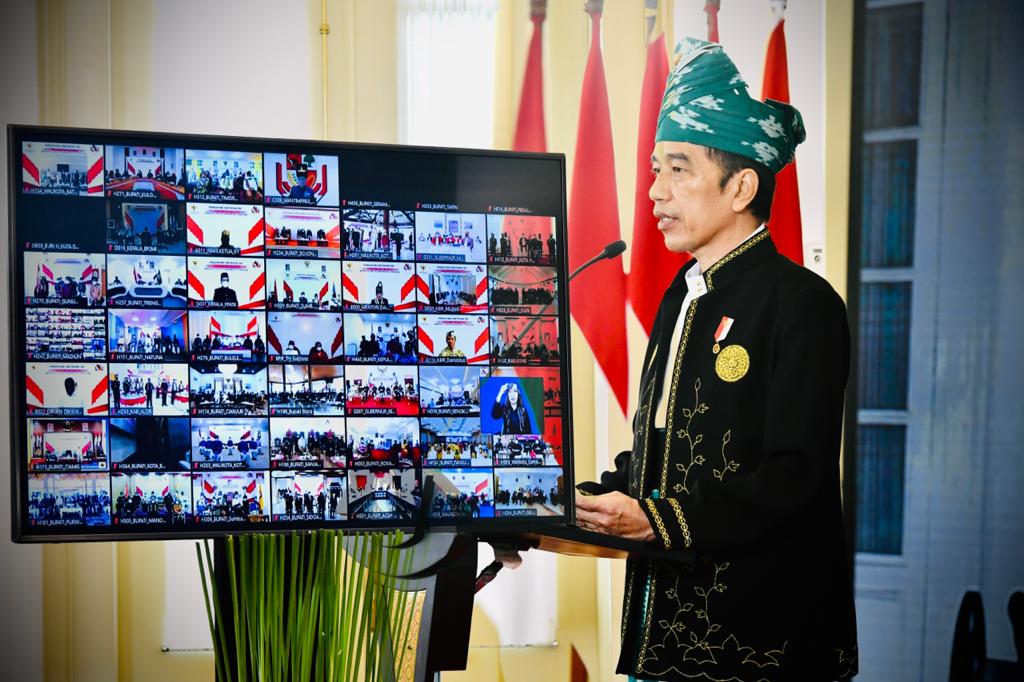 Although Pancasila has been integrated in the life of Indonesian nation since the country was founded, President Jokowi said that the challenges facing Pancasila are not getting any lighter. One of them is the increased rivalry between ideologies, he added.

President Jokowi assessed that transnational ideologies tend to thrive and enter various lines of people’s lives in various manners and strategies. The development of science and technology also affects the landscape of ideological contestation, he added.

The Industrial Revolution 4.0, the President added, has also provided various facilities for dialogue, interaction, and organization on a large scale across countries. As 5G connectivity hits the world, interactions between countries will also get easier and faster, he said.

To face these challenges, the President went on to say, the expansion and internalization of Pancasila values could not be carried out in ordinary ways. “We need extraordinary new ways by means of utilizing the development of science and technology, especially the Industrial Revolution 4.0. And, at the same time, Pancasila must become the foundation in the development of science and technology in accordance with Indonesian values,” he said.

For this reason, the President also invited all elements of the nation to jointly strengthen the Pancasila values in realizing the aspirations of an advanced Indonesia.

“I invite all government officials, religious leaders, community leaders, educators, professionals, the Indonesian youth, and all Indonesian people to unite and actively strengthen the values of Pancasila in realizing the Advanced Indonesia we aspire to be. Happy Pancasila Day. Do internalize Pancasila in the life of society, nation, and state,” he said. (FID/UN) (FI/MUR)