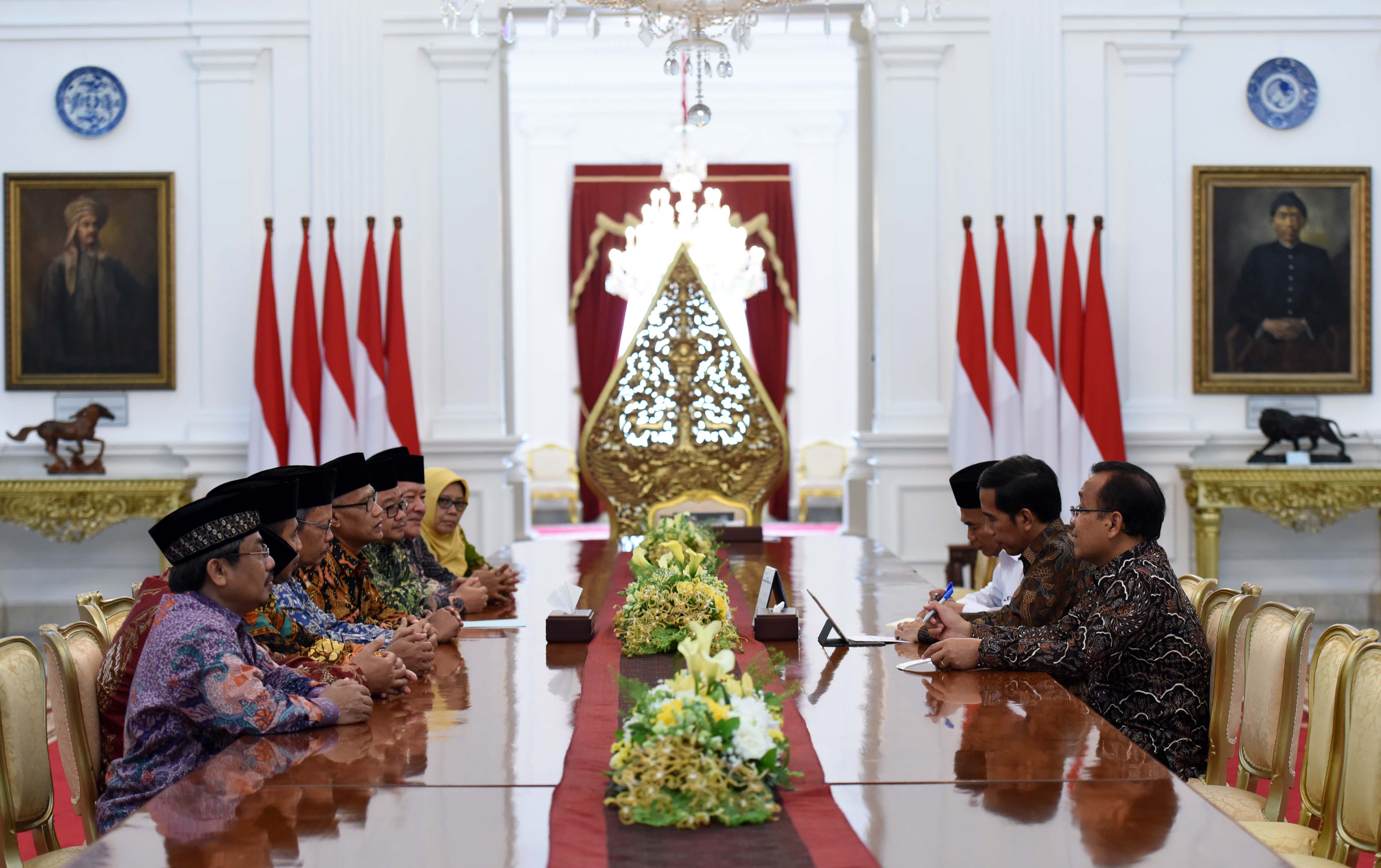 President Jokowi receives the Chairman of Muhammadiyah at the Merdeka Palace, Jakarta, on Monday (13/2) afternoon

President Joko Jokowi Widodo asserted that he will remain neutral, objective, and not favor any candidates during the Simultaneous Regional Elections (Pilkada) of 101 regions on Wednesday (15/2). The statement was affirmed by the President when he received the members of the Central Leadership of Muhammadiyah at the Merdeka Palace, Jakarta, on Monday (13/2).

It shows neutrality and it is a good thing in Indonesias democratic process. Thus, regarding the Pilkada, the principle is neutrality, Chairman of Muhammadiyah Haedar Nashir told the reporters at a doorstop interview after the meeting with President Jokowi.

Regarding the Pilkada of 101 regions which is about to take place on Wednesday (15/2), Muhammadiyah called on every Indonesian citizens, particularly the muslims to be smart and responsible voters. It will indeed bring exemplary leader or statesman who will truly take care of the people and the nation, Haedar added.

Haedar further said that he and the members of the Central Leadership of Muhammadiyah  visited President Jokowi at the State Palace to invite him to open Muhammadiyahs Tanwir (enlightenment) meeting in Ambon, on 24 to 26 February 2017. Alhamdulillah, in syaa Allah the President will attend the event and deliver his speech, Haedar Nashir.

In the event which will take a theme sovereignty and social justice, Haedar said that President Jokowi will convey several ideas, thoughts, and strategic policy measures regarding the social justice economy which will be Presidents attention and commitment this year.

It seems that those are very down-to-earth ideas and it will probably be called Jokowinomics. Thus, we will hear about the social justice economy, Haedar explained adding that Muhammadiyah as a society-based organization along with its measures will be proactive in upholding the principles of social justice.

According to Haedar, the Tanwir will also initiate the establishing of University of Muhammadiyah as well as hospital as part of Muhammadiyah’s commitment to advance the life of the nation.

Thus, those are our statements in the meeting. The rest of the meeting was filled with conversation on other things, Haedar concluded.

Accompanying President Jokowi during the meeting were Minister of State Secretary Pratikno and Minister of Education and Culture Muhadjir Effendy.  (FID/ES)(RA/YM/Naster)